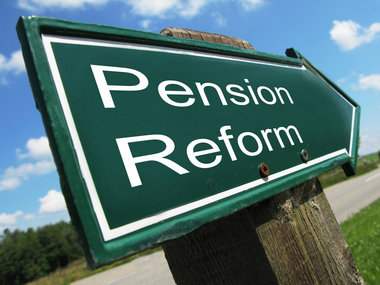 The federal and provincial governments agree that Canadians aren’t saving enough for their retirement. Some have been calling for improvements to the Canada Pension Plan, while the Harper government in Ottawa has introduced something called pooled registered pension plans, which are supposed to encourage people to become better prepared.

There are critics, including some provincial governments, who say PRPPs aren’t enough and the federal government needs to do more to persuade people to better prepare financially for retirement.

Company pension plans may not be enough, in many cases. It turns out many employer-backed plans are severely underfunded. Unless something is done to correct the problem, many of us could be living on less money than expected in our golden years.

A large part of the underfunded issue was created during the recession of 2008-09, when the value of many pension plans took a blow due to a rapid decline in the stock market. Many plans are just starting to recover.

Foreseeing this as an ongoing problem, a large number of organizations have decided to switch newly hired employees to defined contribution pension plans from traditional defined benefits plans, which are more expensive for the organization to maintain.

Nova Scotia Power, which is facing a $180-million pension shortfall in its plan, had proposed a defined contribution plan for new employees but later dropped the idea.

Rather than converting to defined contribution, some organizations have been asking their employees to contribute more to the pension plan so that it could continue to operate, or accept reduced retirement benefits.

Halifax’s unionized employees’ pension plan has a $139-million shortfall. The workers have been asked to increase contributions, starting in 2014, reportedly by about $1,000 annually.

Sounds like the municipality has a serious problem, but that isn’t the worst case.

People who are part of plans maintained by Stora Enso and then by NewPage, the previous owners of the paper mill at the Strait of Canso, have been put in an even more difficult position.

The four separate plans created for the Point Tupper mill workers were permitted to build an unfunded liability of nearly $200 million.

Prior to taking over the bankrupt paper factory a couple of months ago, new owner Pacific West Commercial Corp. informed pensioners it could not adopt the pension obligations of prior owners. That meant the pensioners had no real means of addressing the underfunded issue aside from accepting reduced benefits — cuts of 30 per cent or more to their pension income.

Next week, the federal and provincial finance ministers are scheduled to meet at Meech Lake to discuss the pension issue.

Some provinces reportedly want Ottawa to upgrade the Canada Pension Plan, which would lead to increased benefits. But the federal government prefers offering privately managed pooled funds, which Canadians may contribute to voluntarily.

The Canadian Association of Retired Persons, which polled its membership on the subject, says the government should do both.

Ottawa should not only provide CPP enhancements but make improvements to PRPPs as well, according to CARP, so the pooled plans would be more attractive investment vehicles.

The pensioner group says the pools would be more attractive to potential contributors if they allowed for employer contributions, had a benefit target, set management fees that were low and if they were managed by a public sector organization such as the CPP Investment Board.

There is a feeling that there may be greater support for making CPP improvements than there was a couple of years ago, when pension reform became part of the public agenda. In fact, some people believe this may be the last best chance to make the necessary improvements.

“This is the time — maybe the only time — that the provincial finance ministers who have told us that they favour a CPP enhancement and better safeguards in the PRPPs will have the leverage to actually fulfil their promise to provide a secure retirement for future generations,” CARP vice-president Susan Eng stated in a news release.