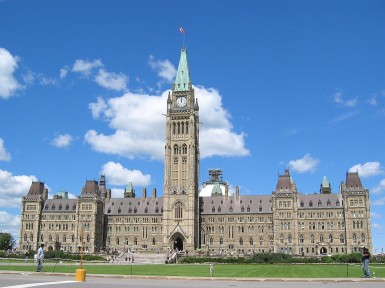 On February 28th 2012, CARP was invited to appear before the Standing Committee on Finance to discuss Bill C-25, Pooled Registered Pension Plans Act.  CARP had the chance to present its PRPP submission as well as answer several questions.  What follows is an summary of CARP’s submission.  Links to Committee Hansards and full Parliamentary Submission are also provided

The core goal of any country’s pension system is to provide an adequate system available to the full breadth of the population that is sufficient to prevent poverty in old age. It must be affordable by the employers and employees and other participants and robust enough to withstand major shocks, including economic, demographic, and political volatility. Recent events have demonstrated that Canada’s retirement system is not meeting this goal in part because of inadequate pension coverage.

Ongoing economic problems have focused public attention on the need for Canadians to prepare for their own retirement and there is a growing recognition of the need for a new broadly based retirement savings vehicle. That is where the consensus largely ends.

CARP’s longstanding focus with regard to the larger issues of pension plan coverage and savings adequacy has been on the 3.5 million middle income earners working for smaller employers and the 4.9 million earning less than $30,000 per year. This grouping of 8.4 million Canadians tends not to have occupational plans and is most at risk for retirement income inadequacy.  It is for this group primarily that advances in pension reform are needed.

There are competing visions of what level of coverage is necessary, whether it must be mandatory, how big it should be, who should manage it and whether it can or must adequately address the needs of low and middle income Canadians.

CARP has consistently called for a supplementary Universal Pension Plan modeled on the CPP with mandatory enrolment, utilizing the existing payroll deduction mechanism, professional management, a governance role for the members, a mandate that is focused entirely on optimal performance and independence from government or any single employer. Defined benefits (DB) are also essential to achieving all of these goals.

In response, the federal and provincial governments ultimately acknowledged in June 2010 that there is a retirement savings gap and that government has a role to play in facilitating the creation of a supplementary pension savings instrument. At that time, the Finance Ministers also proposed to consider a “modest” enhancement to the CPP, an element that, despite repeated calls for progress, has been absent from apparent consideration.

Bill C-25 provides for the creation of Pooled Registered Pension Plans (PRPP’s) which were meant to address the needs of the large proportion of Canadians who struggle with saving for retirement.

As currently designed, PRPPs fall short of the core goal of providing a universally accessible and affordable retirement savings vehicle that would help provide an adequate retirement income. PRPPs can be made to help Canadians better save for their own retirement, but only if current design problems are corrected before being offered to Canadians.

CARP calls on Parliament to amend Bill C-25 to ensure that PRPPs be designed to mitigate the inherent risk associated with private sector pension plans. This can be accomplished by legislating protections that ensure affordability, benefit adequacy, portability, fiduciary responsibilities, and proper risk management to ensure sustainability:

Get the Transcript of the Committee Hearing: Full Hansards from February 28th 2012 session on PRPPs