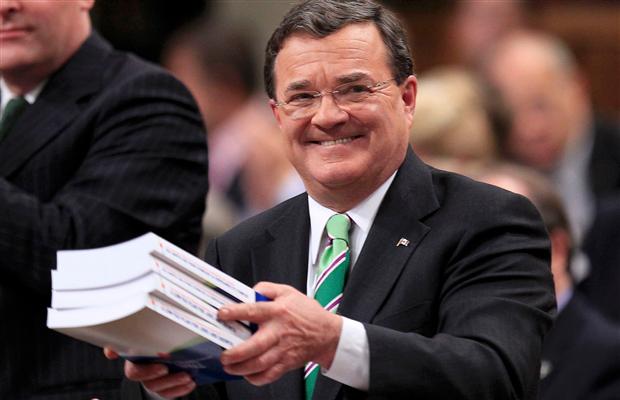 Toronto, ON: CARP members across the country will be watching the federal Budget broadcast to see if potential OAS changes will protect the poorest seniors. According to CARP Polls in the past two months, CARP members roundly reject raising the OAS eligibility age and see better ways to help younger Canadians– such as increasing jobs.

It is widely anticipated that the federal government will announce changes to the eligibility rules for Old Age Security benefits by raising the age from 65 to 67 but also that in response to the intense reaction that this anticipated change has provoked, there will be measures that will protect low income pre-retirees. Government spokespeople have tried to reassure Canadians that the changes, if any, would be phased in so that people will be able to prepare. Without special provisions for them, people in need of income support who cannot wait the extra two years for their OAS and GIS would have to turn to provincial income support programs.

** Media Availability** CARP Vice President for Advocacy, Susan Eng and CARP Policy Development and Government Relations Officer, Michael Nicin, will be in the stakeholder lockup in Ottawa and will be available for comment afterwards.

CARP chapters and members across the country will be watching the budget speech with great interest. CARP has 50 chapters in Canada and over 300,000 members. Several Chapter Chairs will also be available for comment.

“The prospect of waiting two additional years before receiving OAS has alarmed especially low income earners who do not readily see how they can change their circumstances no matter how long it takes to phase in the changes. At the very least, eligibility for GIS and provincial benefits should be de-coupled from OAS eligibility or provision should be made to replace the additional income support for those most in need, especially single seniors.  Nonetheless, CARP members would rather the government look elsewhere for budgetary savings”, said Susan Eng, VP Advocacy, CARP

“For the most part, CARP members know that their own OAS will not be affected and do not see how cutting OAS spending would help future generations.  Instead, they are calling for measures that will create job opportunities for them as a better way to secure their future.  Rather than selfishly guarding their own interests, as has been suggested, CARP members and other older Canadians are defending an important part of the social safety net and do not want to see it torn up for their children and grandchildren”, added Eng.

CARP polls its members in its twice monthly e-newsletter. Over 4,000 responded to the poll immediately following the speech in Davos at which the OAS changes were first suggested. In the latest poll, issued Friday March 23, 2012, CARP members continue to demonstrate their opposition to raising the OAS eligibility age. However, those who consider the change to be inevitable want a softening of the impact through a provision for single seniors or decoupling OAS and GIS.

While CARP members do not accept the government’s argument that OAS makes the budget unsustainable, preferring the assessment of the Parliamentary Budget officer by six fold, when asked how to reduce the OAS budget, most of the CARP members prefer lowering the maximum eligibility threshold over lowering the clawback threshold.

To counter arguments that the OAS changes are necessary to help future generations, two thirds of CARP members think that the budget should include stimulus to provide job growth for youth, and even more support more apprenticeships for youth or keeping high value jobs in Canada as a solution to youth unemployment. There is wide agreement these measures will do more to secure the future for youth than altering OAS.

Members are most likely to support taxing the wealthy or reducing the civil service as budget-cutting measures, and are far more likely to suggest these than changing OAS. Both mothballing our submarine fleet and reducing our order of fighter jets are seen as more acceptable cost-cutting measures than raising the age of eligibility for OAS from 65 to 67

The vast majority of members think that military budgets must be subject to the same scrutiny as domestic budgets, and that Canadians can support the military and responsible military budgeting at the same time.