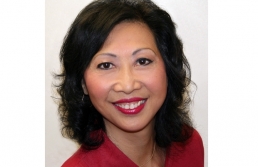 We are very excited about this years Annual General Meeting (AGM). Two of CARP National’s Vice-Presidents will be with us, Susan Eng and Ross Mayot.
Susan Eng will be our Keynote Speaker dealing with the subject of “Catastrophic Drug Coverage.” Susan was recently named in Hill Times “Top Lobbyists” list. If you read the Globe and Mail or Canada Post you will have seen Susan’s name, for she is one of the goto people when they are looking for comment on government policy that will affect CARP members.

Susan Eng is Vice President for Advocacy. Under Susan’s leadership, CARP Advocacy has helped to shape the public discourse on key issues such as pension reform, mandatory retirement, workplace age discrimination, home care and age friendly cities. Increasingly, CARP has become a trusted source of public policy input at all levels of government and the media.

If you search the provicial PC Party website the only article on catastrophic drug coverage is dated SEPTEMBER 08, 2010 under the headline, “ALWARD ANNOUNCES “MADE-IN-NEW BRUNSWICK” CATASTROPHIC DRUG PLAN.” In part the announcement reads, “A Progressive Conservative government would introduce a “made-in-New Brunswick” catastrophic drug plan that will fairly subsidize New Brunswickers drug costs based on their ability to pay, announced PC Leader David Alward today. Alward said that it is important for this plan to be tailored to individual cases.“We believe that everyone deserves to be treated individually, and for that reason, our proposed solution will be based upon each individual’s ability to pay,” said Alward. Twenty-nine per cent of New Brunswick residents have no coverage at all and must pay for prescription drug expenses out of their own pockets. The PC team believes that the huge financial burden of having to pay for high-priced but imperative treatments needs to be lifted off people’s shoulders. (emphasis mine) The Fredericton chapter of CARP would agree with the last sentence. It should be noted that the 2 provinces in this country without catastrophic drug coverage are the 2 poorest. That fact should not be overlooked but neither should it be an excuse.

Ross Mayot is Vice President of Community Development. In that capacity, Ross is responsible for developing CARP’s network of Chapters across Canada. The number of Chapters has quadrupled in the last three years, and they play an increasingly vital role as CARP’s grassroots ears, eyes and voices in communities from coast to coast.

Everyone Welcome!
No pre-registration required, but an email to let us know if you’re comming would be nice.Just click the link, Yes I’ll Be There