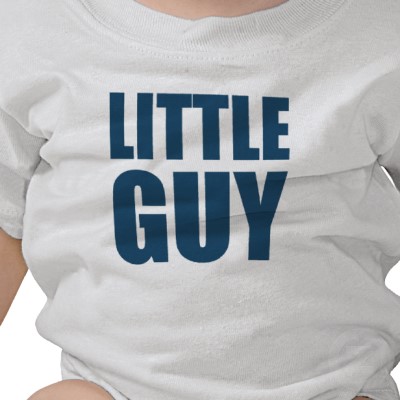 New banking regulations in perspective: this story chronicles one woman’s struggles with her bank’s mediation process.  It and it provides a practical example of how consumers are loosing out because of the new banking conflict resolution regulations.

In 2008, RBC left the Ombudsman for Banking Services and Investments (OBSI), a non-profit mediator. It chose ADR Chambers, a private company, to settle banking complaints by customers.

In 2011, TD Canada Trust followed RBC in using ADR Chambers for banking complaints. (They are still required by law to use OBSI for investment complaints.)

The two banks’ defection was harmful to OBSI and the 600 members that finance its operations. But finance minister Jim Flaherty did nothing.

Last month, Flaherty announced that external complaints bodies for banks had to meet proficiency standards. He described this as a breakthrough in consumer protection.

I think the government is caving in to the demands of Canada’s large banks to run their own show. Here is a story that shows a lack of co-operation with an external complaints body.

Estella Yeung didn’t like the way that RBC handled her complaint about a commercial mortgage. She went to ADR Chambers Banking Ombuds Office (ADRBO), which concluded that she deserved compensation.

She had applied for a $315,000 mortgage to buy a building with four units, which she planned to lease to tenants. The deal did not close as scheduled.

“I find that RBC did indeed cause Ms. Yeung to miss her closing date,” the report said about the bank’s failure to answer her questions and inform her of the financing conditions.

ADR did not name a specific amount of compensation, leaving it up to RBC and Yeung to negotiate. This went on for almost two years.

Just before the two-year statutory limit on civil action, she was offered a $45,000 settlement. But RBC imposed a strict condition: She had to transfer her mortgage (and all other accounts) within 31 days.

“The offer was a mockery of justice, since it was designed for me to fail and not collect the compensation money,” she said.  “No banks would do a commercial mortgage within 31 days — or with a time condition, for that matter.”

Yeung did not accept RBC’s offer, even after the deadline was extended to 60 days. She felt she could not meet the timing condition.

It cost her $23,000 to move her mortgage to another lender. She had to hire a mortgage broker and pay extra costs — and a higher interest rate — despite having rented the four units and receiving a healthy income from them.

“I could not file a damage claim in court while shopping for a mortgage, because every mortgage application asks if the applicant is involved in lawsuits. I let the critical two-year statutory deadline lapse,” she said.

RBC forced her to close all her accounts, even if she didn’t take the proposed compensation. But ADRBO would not intervene, saying the file was closed.

“We have informed you several times of our conclusion that RBC has used its best efforts to comply with the recommendations and was prevented from doing so by your refusal to accept the compensation offered,” a spokeswoman told Yeung.

“I can assure you that ADRBO has done everything possible within the scope of its mandate and even beyond.”

Yeung did not receive a response when she wrote to RBC chief executive Gordon Nixon and board chair David O’Brien.

As for Flaherty, he responded by saying that ADR was a parallel system to the courts. Individuals still had the right to seek redress in the courts.

“Not at all. ADR is a private mediation service funded by the banks and the potential for conflict of interest in refereeing a complaint is forever present,” Yeung said.

Comments on banks’ complaint handling and dispute resolution can be submitted to the Financial Consumer Agency of Canada until Sept. 10. Unfortunately, the comments will not be posted and available for view.

Ellen Roseman writes about personal finance and consumer issues. You can reach her at [email protected] or www.ellenroseman.com