Citizen Comments: What is My Party Doing to Me? - CARP
Join Donate Sign In 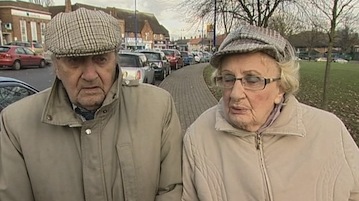 Editor’s Note:  This letter was sent to us by a Concerned Citizen and life-long Conservative who says he is disturbed by the direction his party has taken lately.  He asks why the Government chose to make cuts that hurt lower-income seniors instead of making cuts where there is a little bit more fat to be had?

As a life long Conservative certain directions being taken by the Party have disturbed me immensely.

I find it very ironic that the Conservative Governments current moves to review Government funded pensions have started with the lowest income earners in the Country namely Old Age Pensioners instead of starting at the top of the Pension income recipients such as former Prime Ministers, former Cabinet Ministers, M.P.’s, and all Federal Civil Servants.  Could you please explain to me the logic in this approach before asking me for further contributions to the Conservative Party.

As a retired senior citizen, between Dalton McGuinty in Ontario, and former and present Governments in Ottawa, my wife and I have already had to give up our home, give up my wife’s 10 year old car and move in with our daughter and son-in-law to maintain an acceptable life style.  This is after my having worked since graduating from school in 1961, having never been unemployed and never defaulted on taxes grabbed from every level of Government.

When will the Conservatives start cutting at all levels of those government positions with the now hundreds of thousands of government employees on the Federal, Provincial and Municipal Sunshine lists?