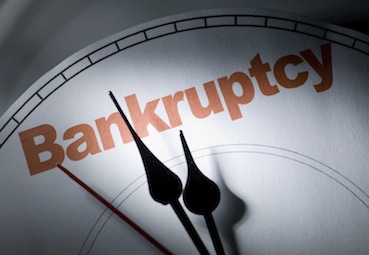 In early December, CARP received the following letter from a member.  The member wanted to know if there were any developments/activity on the campaign to create legislative protections for retirees when pension plans are underfunded or when they go bankrupt.  As the issue currently stands, retirees are low on the priority list of creditors.  Here is the letter as well as our response detailing our latest advocacy initiatives and recent developments.

The latest issue of the CARP update discussing pension reform is interesting , but there is no mention of bringing up again the matter of security for pensioners when a company goes bankrupt.  I realize that the last time this was presented it was scuttled by the Senate.  However  this is a matter of the utmost importance to thousands of Canadians who stand to lose their income when bankruptcy occurs. Many large companies have huge deficits in their pension funds, and even large corporations like Air Canada are always in danger of bankruptcy.

Pensioners should be at the top of the list to receive their due when bankruptcy happens, and not at the bottom.  How can old people in their 80s and 90s who have always expected that their pension would be there for the rest of their lives manage to survive when it is stopped?

It’s all very well for the Senate to deny this as they themselves are all so very well taken care of financially, but surely they could and should be persuaded that elderly pensioners who already struggle to live on a pension (often non-indexed) based on a salary that was adequate 30 years ago but is now near poverty level, cannot possibly survive the loss of their source of income.

Who else is there besides CARP to go to bat for us?  Please don ‘t let us  down ….Keep on keeping on about this issue until justice is achieved.

CARP’s Response:   Indeed, we have not forgotten the plight of pensioners in companies facing bankruptcy. After the failure of any legislative response, our attention has turned to the courts. At present, the Indalex case is before the Supreme Court and may well advance the cause of pensioners’ rights. However, the facts of that case may limit its application – there was a specific finding of self-dealing which gave rise to a fiduciary duty. So the case may not apply to the situation of a company simply being unable to survive a severe economic downturn. But it will put the issue of pensioners’ rights into the public discourse.

Since we and many others raised the issue,   there have been some tightening of rules governing how companies manage their pension funds that may make future funds more stable by finally setting some limits on withdrawing contribution surpluses. While a step in the right direction, it does not solve the problem.

We will continue to press for better protection of pensioners’ rights and keep you and all our members updated.

In the December 20th 2012 issue of CARP Action Online, we have more information on this complicated issue.  If interested please read: