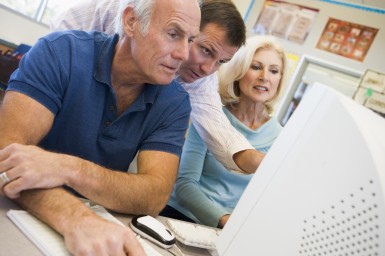 Dairy Quest, one of the largest dairies in Great Britain, recently took a rather innovative approach to its underfunded pension, agreeing to put up 20 million kilos of maturing cheese, worth £60 million, as security for its pensioners. But here in Canada, speakers at a Conference Board of Canada seminar on pensions and aging believe there are different ways to help underfunded pensions, including boosting productivity and encouraging older Canadians to work longer.

The “grey tsunami” that stems from the aging baby boomers is putting pressure on the country’s health-care, pension and other social services, Glen Hodgson, senior vice president and chief economist with the Conference Board told a recent seminar. Within a year or two, the effect of retiring workers will see the country face slower labour force growth.

But a thriving workforce is essential to economic growth since they make up both workers and consumers. A possible solution to an aging, retiring population is to boost productivity, getting more output out of every hour worked for the economy, said Hodgson.

“The problem is that as a country we are really lousy at productivity,” he said. “We have underperformed relative to the Americans and almost everybody else in the industrialized world for the last 25 years. We are almost $7,000 per capita poorer than Americans almost solely because of weaker productivity growth since 1985.”

However, he said fostering growth in Canada can be accomplished through a number of means, such as encouraging older workers to work longer, increasing the skills of the current workforce and continuing to replenish the workforce through immigration.

It is crucial for employers to work together with other groups on this issue for the ongoing viability of their businesses, said Hodgson.

“People usually only respond when they truly see a crisis and they now see a crisis coming. People are finally waking up to the fact that there is a fundamental change going on.”

At the same time, governments have a role to play by getting their fiscal houses in order, said Benoit Robidoux, assistant deputy minister, Economic and Fiscal Policy Branch, Department of Finance Canada.

Canada is better placed than many other G7 countries in meeting the challenge of balancing its budget. Robidoux said Ottawa is looking to get back to a balanced budget in 2015 and the provinces are in line to do likewise within the next few years.

On the pension side, he noted that Canada’s chief actuary recently confirmed that the Canada Pension Plan is sustainable over the long term. In addition, Ottawa announced changes to the Old Age Security (OAS) pension last year, raising the eligibility for the OAS and Guaranteed Income Supplement to 67 from 65 beginning April 1, 2023.

Pension fund sponsors are dealing with a number of issues to manage longevity, investment and interest rate risks, a difficult task given the volatility of global capital markets, said Ronald Olsen, vice president and consulting actuary at Sibson Consulting.

A number of derisking programs have gone into effect for defined benefit (DB) plans and there has been a shift away from DB plans to defined contribution (DC) plans. Also coming to the fore, Olsen noted, are target benefit plans, a hybrid plan combining the features of both DB and DC plans that are said to achieve a better balance of risks between employer and employees.

Still hampering pension funds on the fixed-income side are low interest rates and finding a solution to this won’t be easy, said Nino Boezio, vice president, portfolio strategy and investment consulting with Segal Rogerscasey Canada.
Other asset classes aren’t driving double-digit returns, Europe is expected to be in a malaise for the next five to 10 years and Asia is no longer the powerhouse it once was, said Boezio.

Those companies with cash may hold off putting in money over and above the required amount into an underfunded pension plan and some may decide to derisk by getting out of their pension plan altogether. But there are a number of problems associated with that, he said.

“They don’t want to crystallize a big loss right now, but if something brings them close to a fully funded status, they might just consider pulling the plug on the whole thing. However, that’s short-term thinking because what do you replace it with?”

Using alternative asset classes and superior investment managers could provide pension fund sponsors with some help in boosting the fortunes of their underfunded funds, “but ultimately, I would have to say that higher inflation passed through higher bond yields is probably going to have to be the best solution going forward,” he said.

Helping the economy grow will be older workers who already have the expertise many companies require, said Susan Eng, vice president, advocacy for the Canadian Association of Retired Persons (CARP.)

Eng said there is a need to see how older workers can be “repurposed” into different decent-paying positions, “not Walmart greeter jobs.”

CARP has recommended that the government make it easier for people to save and suggested there be new long-term care insurance based on the CPP-model.

As well, Eng said the country as a whole needs to understand that it is wrong to think of older Canadians in a negative attitude.

“We are talking about Canadians, human beings, who want to be part of the contributory part of the Canadian workforce. The language that you hear – the ‘tsunami’ language – the idea that getting older is somehow a crime that is a scourge on the Canadian population and our sense of ourselves, is wrong. We have to try to end the discrimination that robs people of their right to work.”