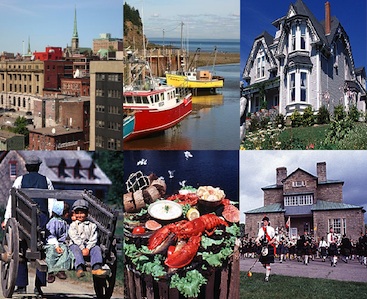 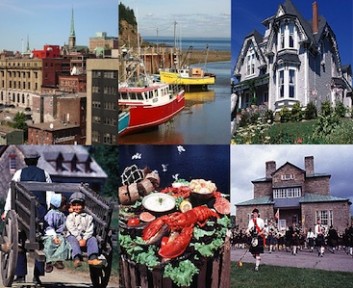 While other provinces dithered, New Brunswick got to work and put its pension plan on a solid financial footing.

A shiver shot through the American body politic when Detroit filed for bankruptcy protection last month.

Motown wasn’t the only city with a massive unfunded pension liability and a dwindling tax base. It was just the biggest, the most vulnerable.

Federal, state and municipal legislators cast their eyes far and wide in search of a public pension plan that was affordable, sustainable and fair. Their gaze came to rest in an unlikely place: New Brunswick.

Canada’s third-smallest province is a North American leader in pension reform. A year ago, it introduced an innovative retirement plan that guarantees its public employees a secure pension but makes allowances for market conditions. It takes into account the increased life expectancy of retirees. And it has the backing of the Canadian Union of Public Employees (CUPE).

This article was published by The Toronto Star on August 21st,  2013.  To see this article and other related articles on their website, please click here

New Brunswick’s “shared risk model” caught the attention of the New York Times in the wake of Detroit’s insolvency. In an Aug. 3 editorial, it said: “All states and cities — and not just those facing imminent crisis — would do well to examine a promising approach to pension management recently adopted by the Canadian province of New Brunswick.”

How did a province with a population of 750,000 leap into the vanguard on pension reform? And what lessons does New Brunswick’s overhaul hold for other jurisdictions, including Ontario, which has a public-sector pension liability of more than $100 billion?

The path to pension solvency began in Fredericton with an act of political leadership. In September of 2010, the province elected a new premier, David Alward. He took one look at the funding deficits in the province’s two largest employee pension plans and knew he had a financial time bomb on his hands. Within 16 days, he announced the creation of a task force to defuse it. Two months later, the panel was up and running.

Its chair was Sue Rowland, a pension lawyer with the rare ability — dating back to an earlier career as a television reporter — to explain complex issues in everyday language. She recruited actuary Paul McCrossan, a former Scarborough MP with a worldwide reputation as pension expert. The third member of the panel was Pierre Marcel Desjardin, a professor of economics at the Université de Moncton.

They had a three-part mandate: stabilize New Brunswick’s finances, honour the promises the province had made to its retirees and spare public employees a whopping increase in pension premiums.

They studied superannuation plans around the world. They invited union leaders to the table. They called in pension managers and lawyers from other provinces. Jana Steele of Osler, Hoskin & Harcourt in Toronto spent so much time in Fredericton that she became a member of the N.B. bar.

Within a year, the task force had come up with a blueprint. It met all of the premier’s conditions: it was secure, affordable and sustainable. And it broke entirely new ground.

It guaranteed retirees a base benefit, but linked their annual cost-of-living increase to the health of the pension fund. If investment returns were good, their benefits would be fully indexed. If not, their cost-of-living adjustment would be reduced or suspended.

Everybody had to give a little. Retirees lost their full protection from inflation, but gained the assurance their pensions were safe from a Detroit-like crisis (where municipal retirees will be lucky to get 30 cents on the dollar). Public servants had to contribute more to the pension fund to make it sustainable, but the increments were gradual. Taxpayers also had to chip in, but the increase was manageable.

“Why isn’t every jurisdiction in Canada endorsing it?” Rowland asks with the impatience of crusader. “It’s a made-in-Canada model that works.”

They are watching, waiting, hoping that New Brunswick has the answer to their pension woes.

It’s too late for Detroit. But the rest of North America has an example of creative problem-solving to follow.