Who is asking me to write a prescription for medical marijuana? - CARP
Join Donate Sign In 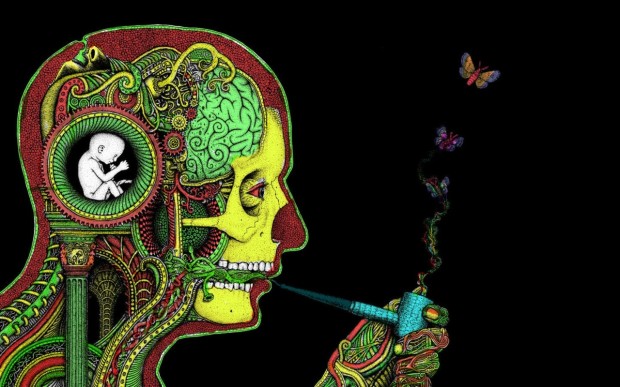 I have always openly shared my personal experiences in pain matters with my readers, and even though medical marijuana prescription is a hot topic I do not plan to make this article an exception.  Prescribing medical marijuana means prescribing marijuana to address a medical problem. As a pain doctor, patients with this exact request often approach me. So, let me quickly run through some examples of the situations that have driven patients to ask me to prescribe them marijuana for their pain.

Carl was a 34-year-old man who had suffered a stroke from cocaine use and was residing in a long-term care facility as he was very disabled and required a lot of assistance. The nursing home approached me because Carl wanted to smoke pot in the home (brought to him by his attentive father), presumably for some kind of hip pain.   When I consulted with Carl, my diagnosis was that there was no physical reason for his complaints of hip pain.  It was likely just an excuse for him to continue using drugs, albeit in another form.

When my book BEYOND PAIN came out ten years ago, I cited some examples of patients who had approached me inappropriately for medical marijuana (Carl was one such case), I received a scathing letter from a fellow who stated that he had moved to British Columbia to be able to smoke pot (by his own admission, he was smoking 10 joints a day) for intractable pain, pain for which “no idiot doctor had been able to find the cause”. He scolded me for spreading damaging information and as usual, he accused me of serving “big pharma” and pushing drugs on people.

A 36-year-old woman who came to see me last year, had visited my clinic five years ago. At that time she was a heavy cocaine and alcohol user and was highly disabled by complications of substance use.  As such, she was living in a supervised facility. She had been living on government support for years, specifically ODSP (a provincial government organization that supports the recipients with disability money and cost of medications). When she showed up in my clinic, she told me she was “totally clean”, but because she had some diffuse body pain which someone had apparently labeled “fibromyalgia”, she needed me to fill out a B2 form for her.

This is a special form that entitles the user to obtain medical pot under the old elaborate government scheme, which is to be soon replaced by the recent system that has eased the restrictions on medical marijuana. When I replied that she a) was a high risk user and b) I did not see the medical reason for me to prescribe pot, she replied: “Anyway doc, it won’t change things, I will still be using it from a compassionate club”. Compassionate clubs are places falling into the grey area, providing pot to those who present some kind of medical paper from their doctor, though this was not formally medically prescribed pot. So, I said, why are you coming to me if you buy your pot from these places? “Just because, if I have my B2 form, the pot will cost me half of what I pay now!”

This young man in his late 20s came to see me once for consultation. He told me upfront that he wanted me to sign his B2 form for medical pot because he was “HLA B27 positive”. To explain this to the reader, it meant he had a special marker that is often associated with a disabling form of spinal arthritis. However, being positive for the marker does not mean one has the disease, as a small portion of normal people do have this marker but no disease. Careful review of his X-rays and detailed physical examination showed without a shred of doubt that this man was arthritis-free. When I told him this and that I had no good reason to prescribe medical marijuana, he became very angry and loud, he accused me of “selling out to big pharma, wanting to prescribe harmful drugs instead of natural substances”, he grabbed his papers and left in a hurry.

One of the latest cases happened just a couple of months ago. This young man, age 26, had been referred to me by his employer. He was a labourer, working for a large company as a steady casual worker (called every year for the past 6 years for work over the spring and summer months).  Recently, he had appeared[AM1]  to his place of employment with a licence for medical marijuana, and asked to have a 10 minute break “every 90-120 minutes” to smoke a joint, the employer put him on medical leave and asked for an assessment regarding the validity of his claim[AM2] .

Taking a proper history from this healthy looking young man, I found out that he was living in the GTA and driving to Toronto every day for work. I also found out he had been a pot smoker for many years before he obtained his medical marijuana prescription, and that the family physician who filled his B2 form over the last 3 years, was actually in Hamilton. This young man would see him only once a year just for renewal of his pot licence. I tried to find out the medical grounds for the young man’s licence, just to be presented with one single page of consultation from a specialist  8 years ago in 2005.  The specialist had said that the young man “might be suffering from fibromyalgia”. My detailed examination failed to find a single spot of tenderness to confirm the diagnosis. Naturally, I concluded that I saw no medical reason for this man to justify his pot smoking, that I did not agree with the physician who granted him the licence, and I expressed serious concerns about him driving under the influence of cannabis or operating heavy equipment.

Yet not all cases are created the same.  I have another story that is totally different.  I saw a 32-year-old woman, who was a mother of 4 young kids and who had been my patient for good 4-5 years. She was the victim of a bad accident, when her leg was crushed by a car door after she was run over by a truck. She ended up with a very painful and twisted foot, which is permanently contracted and deformed because she walks on the outside of the foot. She is a very good mom, a very active woman, and has followed every recommendation I made and had properly taken every drug I prescribed.

Unfortunately, the effect of the painkillers was moderate and was not good enough for her needs. Lately she had started using 2-3 cups of marijuana tea to allow her to increase the effects of the painkiller and this also helped her go to sleep.  She is a very compliant patient, who has not done well with all appropriate drugs I have prescribed for her condition, does not use any illicit drugs (except for marijuana and she had told me about this). I have tested her with urine drug screens and I know she stays clear of other substances, and does not smoke pot (meaning that she minimizes the risk to her lungs from other inhaled substances that exist in a pot cigarette). In other words, she is an ideal patient for medical marijuana, and I had no problems signing the appropriate papers.

A 42 year old man who was a competitive athlete, was involved in a bad ski accident 3 years ago, broke his neck and became paralyzed from the neck down. He has been in and out of hospitals with horrible complications, including bed sores, bladder infections, as well as bowel paralysis. Very high doses of medications including high doses of strong narcotics have failed to control his pain. Not only were the narcotics very expensive but they also contributed to his bowel paralysis. This man was a very good candidate for medical marijuana, and I signed his papers gladly.

I hope these series of patients give you an idea of two types of people that approach me for medical marijuana. The first group is characterized by many or all of the following: young age, previous pot use, possible other illicit drug and/or alcohol abuse, questionable indication for pain with no evidence of substantial physical pathology, unemployed and/or on disability payments. This is the group I have no good reason to prescribe pot.

The second group includes patients of all ages or social status, with serious pathology who have followed medical recommendations faithfully for long and have failed medical management. Such patients usually with conditions affecting the nervous system (such as nerve injury, multiple sclerosis, spinal cord injury, neuropathy associated with AIDS etc), are a worthy group for medical marijuana, provided the physician knows them well and has intimate understanding of how they have responded (and failed) on conventional medical management.

Unfortunately, the vast majority of those who approach me seeking medical marijuana prescription belong to the first group and this is exactly the population that frightened family doctors tell me will overwhelm their offices once the floodgates of Medical Marijuana new rules open.

In the next paper, I’ll try to discuss the pros and cons of Medical Marijuana.

[AM1]Recently and lately are redundant, either one or the other

[AM2]This is a long sentence. I had two proper sentences before, now they are amalgamated in one and “when” is missing