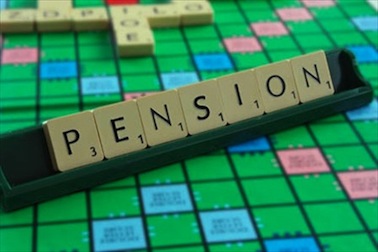 CARP’s call out can be found by clicking this link: CPP: If Not Now, Then When?

This member’s letter is a great example of the insight and dedication CARP’s members have towards the issues that effect aging Canadians.

You can send your own letter to your local representative or MP by visiting our E-Voice page. There you can find the email addresses for every MP, MPP, MLA and MNA.

I seldom write to any politician, so this is the exception rather than the rule.

The month of November is special in that we have Remembrance Day to remember the ultimate sacrifices of our fallen,  Also there are serious meetings this month that are presently going on, or that will happen this month that have the ability to put at risk or greatly benefit Canadians on the whole, concerning Pensions Plans in Canada.  I am in support of saving and improving these plans.

Those without Defined Benefit Plans suffer the most and will be the drain on the public purse now and in the future.

One of the Conservative Government agenda’s this weekend is to vote on reducing Public Service Pension Plans to fall in line with those of the private sector.  This is simply wrong headed!  Rather than taking the difficult route to raise the private sector plans by improving benefits in retirement, this government is trying to make political points by focussing its agenda on Pension Envy which then pits unfairly the public and private sectors one against the other. This action is cowardly, in that it does not provide the private sector or the public in general, with the truth about how the Defined Benefits Pensions in Canada aid the economy as a whole.  Please review the following web site: www.carp.ca and its embedded links to additional information to gain this insight as it seems to be lacking from the direction that the government is heading.

CARP is an organization to which I subscribe and it is a growing organization which is doing what you Ministers are failing to do, namely, looking out for the values Canadians seniors hold dear like actually having retirement without future financial concerns.     It is not the extravagance as depicted in Conservative portrayals of Defined Benefit plans but simply living within ones means.

You ministers all, like the senate members, are sworn in to support Canada and its citizens, and to not destroy of its values worked on hard and long by its citizens like members of labour unions that have worked and suffered to raise the standard of living in Canada and elsewhere, from which all Canadians now benefit.  Please demonstrate that you will do so now!

I am curious and wait to see who responds and identifies what actions you will take towards improving Pensions for all Canadians rather than diminishing them for some!  Future Canadian support to your Party may depend on this.