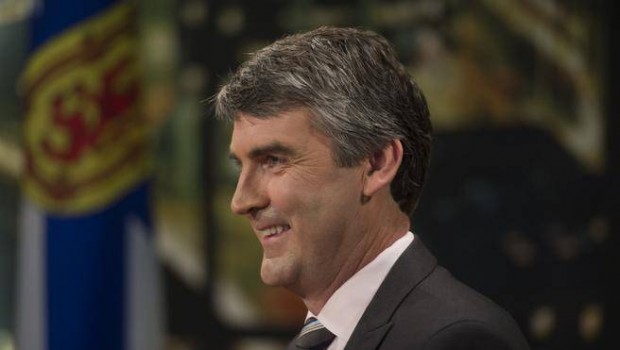 Nova Scotia Premier Stephen McNeil says his government will be assessing the supports for seniors to stay in their homes longer.  As the new Liberal government takes on issues of caring for a greying population without breaking the bank, Bill VanGorder has some advice.

The president of the Nova Scotia chapter of the Canadian Association of Retired Persons heard lip service from all three parties in last month’s election about doing more to keep seniors in their own homes but no real plan for how it will happen.

“To do that really means a whole shift in the way we treat home care. Just trying to tweak the current system isn’t going to do it,” says VanGorder, who is also chairman of the Group of IX, a collective of seniors organizations.

This article was published by The Chronicle Herald on November 5th,  2013.  To see this article and other related articles on their website, please click here

He and others have picked up the term “silver tsunami” to refer to the looming demographic changes, with the province tracking toward one-quarter of the population being at least 65 in little more than a decade.

One option for home care, VanGorder says, is adding nurse practitioner-led teams in communities across the province to allow seniors to get some health services at home.

“The current home-care system isn’t adequate to meet the actual needs of seniors,” he says.

“There’s all kinds of people that are falling between the cracks, and the system itself is not designed to look after the total senior in the home, so we want a complete re-look at the home-care system.”

Home care will be getting a going-over as the Liberals get to work on the next continuing-care strategy, says Premier Stephen McNeil.

In 2006, the Progressive Conservative government launched a 10-year plan that included adding 1,320 beds over that time, and more palliative and respite care and other services, but it will need renewal.

McNeil says there are two aspects to helping seniors stay in their homes.

“One of them is medical care — are we making sure we’re using best practices and making sure that we’re providing Nova Scotians with the most cost-effective and efficient care in their homes,” he says.

“And are we investing and making sure that we’re allowing people to modernize and retrofit their home to stay in it longer.”

For the latter, McNeil says, the Grits have already committed to an extra $3 million for the Senior Citizens Assistance Program, which provides up to $6,500 to lower-income seniors for health- and safety-related repairs.

The current home-care system isn’t adequate to meet the actual needs of seniors. There’s all kinds of people that are falling between the cracks, and the system itself is not designed to look after the total senior in the home, so we want a complete re-look at the home-care system.
– Bill VanGorder, president of the Nova Scotia chapter of the Canadian Association of Retired Persons

As for home care, new Health and Wellness Minister Leo Glavine, also the minister responsible for seniors, will be assessing that, McNeil says.

That includes reviewing former premier Darrell Dexter’s pledge on the eve of the September election call to add more home-care spaces over the next five years.

It was one of several seniors-centred announcements the former NDP government made in the weeks preceding the election.

McNeil says the Liberals are committed to the replacement beds but not the new ones. With a wait list of about 2,500 — McNeil agrees with Dexter that not all of them need a bed immediately — McNeil says just how many more beds should come online needs more study.

“There’s no question there will have to be more beds,” he says.

“We have to make sure that with building the beds, they’re in the right place, they’re necessary.”

Simply adding beds isn’t the answer, says VanGorder, because of people’s desire to stay in their homes and the expense of building and operating the beds.

Dexter had said his government fully realized the need to beef up supports, including home care, providing wheelchairs and renovating seniors’ houses.

McNeil says the renewed continuing-care strategy will also be broad.

“It can’t just be focused on beds,” he says.

“There really has to be a strategy around home care, best practices, and also making sure we have in place the ability to keep, particularly, low-income seniors in their homes, to help modernize and make their homes more accessible.”

VanGorder says his group would also like to see the government make it easier for seniors to find their way around the bureaucracy to access programs they could use.

He used the term navigator, something Dexter announced in late August for next year.

McNeil says that was one of a number of vague programs the former NDP government announced in the run-up to the election, but he says cancer-care navigators have done great work, so a similar position for seniors services is worth considering.