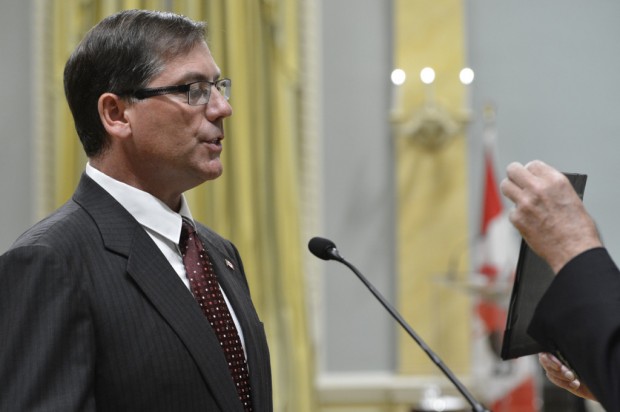 Editor’s Note: This guest column by the Honourable Kevin Sorenson, Minister of State (Finance), appeared in the December 4 edition of the National Post  and was reprinted on the Ministry of Finance’s website on December 5th, 2013.

Can you afford a smaller paycheque? Worse yet, can you afford to lose your job? –In fact, families and the Canadian economy can not afford a dramatic expansion to the Canada Pension Plan (CPP) that will take more money out of the pockets of employees and force employers to cut jobs, hours and wages. As a prudent and responsible government, we share the concerns of small business, employees, many independent think tanks, and many provinces of increasing costs during a fragile global recovery.

When disaster struck the world economy, our government navigated Canada through the worst global recession in a generation. By making sound economic choices, Canada is doing relatively well where others have faltered. But we cannot be complacent. Canada faces global economic risks outside of our control. For example, global demand has softened, and the prices of some Canadian exports—particularly resources—are down. The debt crisis in Europe continues to weigh on consumer and business confidence. Closer to home, a slow recovery in the U.S., as well as uncertainty surrounding the sustainability of its finances, also poses risk to the Canadian economy.

Despite the fragile economic environment, the New Democratic Party has proposed a radical plan to increase payroll tax, stunt our economic growth and kill up to 70, 000 jobs. Its irresponsible plan would eliminate thousands of jobs and could endanger our economic growth. Other proposals to expand CPP payroll taxes, while more modest, would also harm Canada’s fragile economy. Indeed, one recent provincial proposal could kill between 17, 000 and 50, 000 jobs. Any benefit these proposals could have years or decades down the road, must be studied and weighed against the immediate economic damage caused to families, businesses and communities.

We all want a stronger retirement system. However, we must not make changes that could have negative effects on our fragile economy. An expansion at this time could mean job cuts, reduced working hours or a drop in wages. In a recent survey by the Canadian Federation of Independent Business, 65% of businesses said that they would freeze or cut salaries if the CPP was increased, 48% said they would reduce investments in their businesses, and 42% said they would decrease the number of employees. This is an extremely high cost given the fragile global economy.

Instead, our government has a prudent and responsible plan. We will not rush an expansion that carries serious economic consequences. We will continue to work to identify all possible factors that may help us better understand the opportunities and risks of an expanded CPP. This is a complex matter with real world consequences for Canadians. We must first fully understand the economic environment in which an expansion would be implemented. In addition to the risks posed to families and job creators, we feel that all governments – both federal and provincial – should first focus on ensuring their fiscal houses are in order.

We also know that some households may be at risk of not saving enough for retirement. That’s why we want to help make it easier for individuals to save for their own retirement. For instance, our government has introduced the Tax-Free Savings Account to provide additional tax-efficient savings opportunities to Canadians of up to $5, 500 annually. The last thing a government should do is discourage Canadians from investing privately. Simply moving money from one savings vehicle to another will not achieve a better retirement.

Additionally, while CPP remains an important part of the retirement system, a serious gap has been identified in private sector savings. That’s why our government has introduced the Pooled Registered Pension Plan for those that need it most – the 60% of Canadians who do not have access to a registered pension plan. We encourage provinces to enact this viable, low-cost option immediately. It is a shame that over 60% of Ontarians who do not have a workplace pension plan can not access PRPPs.

Our government is dedicated to building on Canada’s retirement income system – a system recognized around the world as a model that succeeds in providing high levels of replacement income to retirees overall. However, it is only prudent to consider options against a backdrop of considerable global economic uncertainty. With the economic recovery still fragile, we don’t believe now is the time to increase costs on workers and employers, actions that would stunt our efforts to encourage job creation and foster economic growth.