What’s a province to do on CPP expansion? - CARP
Join Donate Sign In 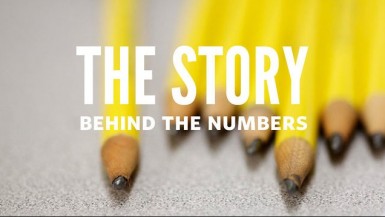 It appears that a Canada-wide deal on CPP expansion is a bust, that Ottawa was the only objector and Ontario is now vowing to go it alone.  It doesn’t appear that Ontario has a concrete proposal as of yet but they will develop one in the coming months.  It is truly unfortunate that a countrywide deal was not possible at this point.  What it will mean for Canadians is that if they move around throughout their career they will get varying amounts of post-retirement support given different provincial pension schemes.  This will certainly make it much more difficult to plan for retirement.  However, given Ottawa’s recalcitrance expansions by the provinces is better than nothing for middle class Canadians.

The various proposals around CPP expansion target one or both of these measures.  Kevin Milligan has a great overview of the various plans here.  The CLC has been advocating for a doubling of the replacement rate from 25% to 50% but keeping the $51,000 earnings cap.  The PEI proposal, partially developed by Michael Wolfson, proposes a phased approach with incomes below $25,000 keeping the 25% replacement rate.  However, this plan advocates a doubling of the earnings cap to $102,000 and increasing the replacement rate between $25K and $102K to 40%.  Wolfson’s argument for leaving out the bottom end is that at incomes that low, CPP, GIS and OAS already do a fairly good of keeping incomes up.  Additional CPP income will simply means cuts to GIS/OAS transfers with little net benefit to the recipient.

What is clear though is that there is plenty of consensus that middle-class Canadians are simply not saving enough.  At the same time, the percentage of Canadians with pensions has dropped from 46% in the 1970s to 38% in 2010.  RRSP’s have been a miserable failure in inducing the middle-class to save more.  The newer PRSP and TFSA savings plans will likely befall the same fate.  Simply put: it’s very difficult to save when real incomes for most Canadians haven’t risen meaningfully in decades.

It should be noted that the changes in CPP being discussed today will be of most benefit to those in their 30s and 40s.  For all of the schemes, you only get more at retirement if you paid more in your working life.  In other words, if you’re roughly 60 or over you aren’t going to see your CPP benefits change at all when and if these new plans are implemented.

By all accounts, it was the federal government that has scuttled the latest CPP expansion on the grounds that it would hurt economic growth.  What’s so interesting about this argument is that most of the proposals would be phased in over 5-10 years, thereby limiting their economic impact.  An honest examination of those economic impacts is woefully missing even if it is Ottawa biggest sticking point.  Bill Curry has compiled some of the estimates here which range from 0.7% to 0.5% of GDP.  String that out over a decade and you’re down below 0.1% of GDP per year.

What’s fascinating about the CPP economic impact is that it would have about the same effect on GDP and job losses as the new austerity measures introduced in the Fall Economic Update.  In that update the federal government has announced that it will continue to freeze the federal government’s operating budget in 2015.  In short: expanding CPP is unacceptable given the economic climate; however, new austerity cuts, which would have the same impact, is perfectly acceptable.  A sober examination of the facts reveals the emptiness of the “fragile economy” objection.

David Macdonald is the Senior Economist for the Canadian Centre for Policy Alternatives, this column was reprinted with permission from the Centre’s Blog “Behind the Numbers“