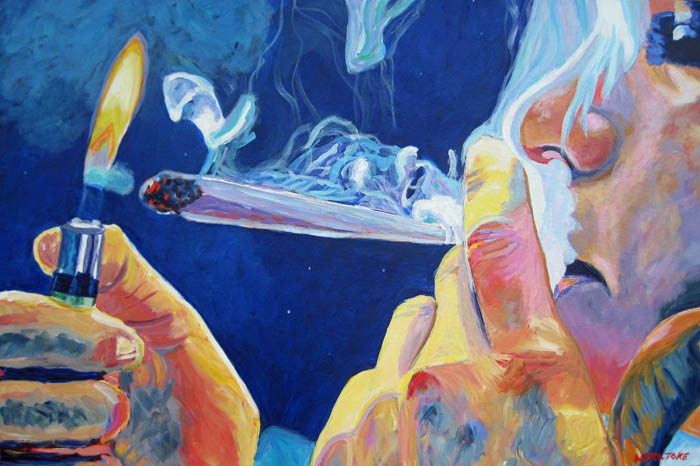 The Canadian Medical Association, the College of Family Physicians of Canada and the Federation of Medical Regulatory Authorities of Canada are against the new regulations of Health Canada, because the effectiveness and safety of smoked cannabis has not been established.

Proponents of smoked cannabis tell us that there are no reported deaths from smoked pot and that other substances which are legal, such as alcohol and tobacco are much more harmful that marijuana. They are right on both counts. However, this does not mean that smoked cannabis is innocuous. In this last paper, I am using the literature cited in an extensive monograph produced by Health Canada in 2013, which contains close to 1000 references, to review issues relating to medical cannabis.

In regards to pain relief, according to the Health Canada monograph, the very few trials that exist (which I reviewed in previous paper) found that smoked cannabis was superior to placebo in the management of neuropathic pain due to HIV, multiple sclerosis, and surgery.

Safety of smoked cannabis: A systematic review of 18 controlled trials on both smoked and oral cannabis (Pain Med, 10, 1353-68, 2009) calculated the risk for developing three adverse reactions: alterations to perception; altered motor function; and altered cognitive function.  What this mean is that chronic users may be at risk for trauma and impaired school or work performance. Additionally, driving under the influence of cannabis (and in particular in combination with alcohol) dramatically increases the risk for traffic accidents. A recently published Swedish study on 50,000 Swedish males over a 40 year period showed definite evidence that smoked cannabis is a risk factor for lung cancer (Cancer Causes Control. (Epub) 2013; Clin Cardiol, 35, 329-35, 2012).

Efficacy and safety of smoked cannabis versus synthetic cannabinoids.  Two cannabinoids are available in Canada, nabilone (Cesamet) and a buccal spray (Sativex).  Both medications are likely to produce less euphoria and cognitive impairment than smoked cannabis. While smoking delivers cannabis to the central nervous system more quickly and efficiently than the pill or the spray, this does not necessarily make smoked cannabis a more powerful analgesic. As I have reported in my previous article after reviewing the only available study comparing smoking cannabis to a cannabinoid pill, the analgesia lasted longer with the pill.

Adolescents and cannabis use.  Adolescents appear to be at greater risk for cannabis addiction than older adults.  While cannabis dependence among regular smokers over their lifetime is estimated to be 9%, much higher percentage of regular adolescent smokers report symptoms of dependence, while cannabis use at a young age is associated with problematic use of other illicit drugs Adolescent users in general appear to be at risk for long-term cognitive impairment, social dysfunction, impaired work and school performance, anxiety and depression, and psychotic disorders (Psychol Med, 33, 15-21, 2003; Addiction, 97, 1123-35, 2002; Acta Psychiatr Scand, 2012; Addiction, 108, 124-33, 2013; Drug Alcohol Depend, 126, 369-78, 2012).

The College of Family Physicians of Canada Statement on Health Canada’s Proposed Changes to Medical Marijuana Regulations, dated February 2013, states: “The potential liability, as well as the ethical obligations, for health professionals prescribing marijuana for medical purposes appears not to have been adequately addressed. In our view, Health Canada places physicians in an unfair, untenable and to a certain extent unethical position by requiring them to prescribe cannabis in order for patients to obtain it legally. If the patient suffers a cannabis-related harm, physicians can be held liable, just as they are with other prescribed medications. Physicians cannot be expected to prescribe a drug without the safeguards in place for other medications – solid evidence supporting the effectiveness and safety of the medication, and a clear set of indications, dosing guidelines and precautions. On the other hand, if the physician refuses to prescribe, this might damage the patient-physician relationship; some patients will blame their physician for forcing them to purchase marijuana illegally”.

I did not try to solve the complex issue of medical marijuana in my articles. I did, however, my best to provide scientific evidence regarding the effectiveness and safety of smoked marijuana, describe the nightmare Health Canada has created for both physicians and patients, and give you an idea of my everyday life as a pain physician often approached to prescribe medical marijuana. As I said over 10 years ago in my book BEYOND PAIN, when the first medical marijuana regulations were imposed to us by the Feds in 2001, politicians put then  “the cart before the horse”. Now, history is repeated. And this time, it is a much bigger cart unfortunately.