Not all boomers are wealthy: leave the seniors discounts alone - CARP
Join Donate Sign In 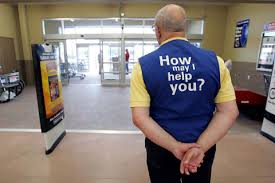 Increasingly, there seems to be an intergenerational war brewing in Canada. It’s time to end it. Let’s set the record straight. No, millennials are not all entitled and lazy. No, boomers and seniors have not all enjoyed high-end careers and wealth and are now retiring in affluence. Pitting generation against generation does not lead to solutions. It simply leads to even more strife for those within each generation suffering the most, be it millennials who are facing crushing student debt and unemployment or low-income seniors. Few things highlight this as much as the recent debates over seniors discounts.

In November 2013, Maclean’s magazine published an article with a headline that exemplifies the beliefs behind the part of the intergenerational war aimed at seniors. It read, “Why seniors shouldn’t get discounts: Seniors today are among the richest, most comfortable people in the country. (That’s why.)” Meanwhile, across Canada, some organizations have begun cutting seniors discounts. For example, BC Ferries, a Crown corporation, recently announced that it was slashing its discount for people over the age of 65 that allowed them to ride the ferries for free.

On the other side of the country, a few months earlier, the City of Oakville, Ontario implemented its first seniors’ rates hike for recreational programs as part of its plans to gradually phase out seniors discounts altogether.

This article was published by Third Quarter on January 2nd, 2013.  To see this article and other related articles on their website, click here

In a timely reality check, in late November, the Organization for Economic Co-operation and Development released a report warning that poverty among Canadian seniors is on the rise, increasing two percentage points between 2007 and 2010. Poverty in Canada, based on Statistics Canada’s low-income cut-off, means people may lack the resources for essential necessities such as food and shelter. Many would argue that in a developed nation such as ours, the number of people living under the cut-off, particularly children and the elderly who are the most vulnerable, should be zero. In Canada, three million people, or almost 9% of the population, live in poverty. And yes, the poverty rate for people 65 and over is lower, at 6.4%, but for senior women living alone it is 16%. And are the rest of seniors rich and comfortable? Well, when Statistics Canada divides all incomes into ten groups, it finds 32% of people in the second lowest decile are  65 and older.

It isn’t the boomers who had high-paying jobs, good pensions (the OECD report points out, pensions are typically associated with high-income jobs) and plenty of extra cash over the years to save for their retirement who are affected by cuts to seniors discounts.  It is all the rest–the boomers and seniors who worked in low-to-medium paying jobs, who since the 1980s saw their real incomes and job security shrink or disappear. It is the single moms who had the lowest median incomes during their working years, and then went on to make up the highest percentage of the elderly poor.

“Public sector discounts, such as the BC Ferries, or public transit or VIA, can be a matter of essential services,” says Susan Eng, VP for Advocacy at the Canadian Association of Retired Persons (CARP). “Some of the islands in BC, for example, don’t have health services or even supermarkets, so it’s not as if the senior citizens take the ferries for a cruise. They’re using it to get to their doctor or visit family or get groceries. It’s the same with public transit discounts, especially for people who are no longer allowed to keep their driver’s licence. This is about some people being able to afford getting around. If we could start income testing, that would be wonderful but it’s impractical. To get rid of these types of discounts without providing some type of substitute for those who rely on them would be bad public policy. The better long-term solution is to make sure that income supports and pension revenues for all people are enough for them to get by on. That way, they can pay the same rates as everyone else. But until we get there, we need these types of discounts in place.”

Ironically, the intergenerational war perspective could potentially lead to higher costs for tax payers of all ages. Take the example of the City of Oakville’s plan to eliminate seniors discounts for its recreational programs.  It did not go hand-in-hand with a reduction in rates for low-income young people yet the potential price for low-income seniors could be enormous. That’s because seniors often grapple with isolation and loneliness, which has been associated with a slew of mental health issues. “And when a senior person doesn’t get enough exercise, it results in increased frailties and then that person ends up in the hospital. That hospital stay, which also comes out of the tax dollars, is going to cost magnitudes more than a discount for a recreational program,” says Eng. “I think the kneejerk response is to promote intergenerational war with the attitude of ‘I get less because they get more.’ And it’s just not true.”