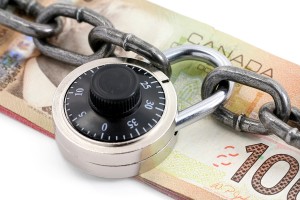 In budget 2011, the Ontario government committed to a review of the rules governing locked-in accounts as a part of a larger project to modernize provincial pension rules.

The government had completed its administrative review of the financial-hardship unlocking program announced in the 2011 Budget, and said it intended to restructure the program to create a simpler, more streamlined process to access locked-in funds.

Consistent with the one-step application procedure for federally regulated locked-in accounts, the Financial Services Commission of Ontario (FSCO) will no longer need to consent to withdrawal of money for reasons of financial hardship.  This means applicants will be able to make their withdrawal requests directly to the financial institutions that host the accounts.  They will no longer have to pay the $200-$600 administrative fees required of applicants.  Given that these fees were levied from seniors in financial need attempting to access their own money, CARP had lobbied for the suspension of these fees.  Our efforts were successful and since the 2009 budget the provincial government had made this concession as minimum first step to fully unlocking LIFs.

For more detailed information on the new process see the resources below: