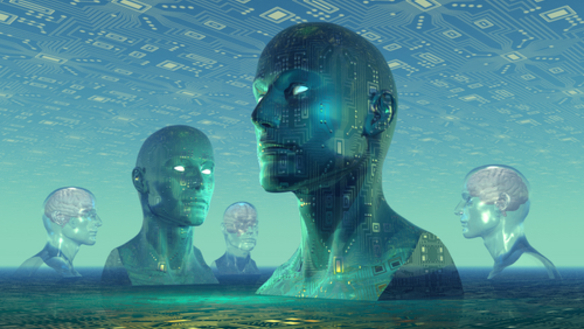 A century ago, children outnumbered the elderly by as much as 10 to one in most European countries. Today, there are as many people over the age of 65 as there are under the age of 16. In Britain, roughly one in six people is 65 or older, compared to one in eight Americans, and one in four Japanese.

This shift has been powered by declining birth and infant-mortality rates in the first half of the 20th century, together with rising life expectancy in recent decades. Whatever the causes, many are concerned that, in the coming decades, rapidly aging populations will increasingly strain health, welfare and social-insurance systems, putting unsustainable pressure on public budgets.

But, while such fears are not entirely unfounded, discussions about population aging tend to exaggerate the trend’s scale, speed, and impact, owing to a fundamental misperception about how populations grow older. Unlike people, populations do not follow the life cycle of birth, aging and death. And, while a population’s age distribution may change, age becomes an unreliable way to measure a population’s productivity as lifespans increase.

This article was published by Globe and Mail on December 30th, 2013.  To see this article and other related articles on their website, please click here

Age has two components: the number of years a person has lived (which is easy to measure for individuals and populations) and the number of years a person has left to live (which is unknown for individuals, but possible to predict for populations). As mortality declines, remaining life expectancy (RLE) increases for people of all ages. This distinction is crucial, because many behaviours and attitudes (including those that are health-related) may be linked more strongly to remaining life expectancy than to age.

The standard indicator of population aging is the old-age dependency ratio (OADR), which divides the number of people who have reached the state pension age by the number of working-age adults. But this approach fails to distinguish between being of working age and actually working, while classifying all people above the statutory pension age as “dependants.”

In fact, social and economic shifts have broken the link between age and dependency. Young people spend an increasing number of years in education, while many older workers retire early, implying that they have sufficient personal savings. In the U.K., the 9.5-million working-age dependants (those who are not in paid employment) outnumber those who are above the state pension age and do not work.

Moreover, the old-age dependency ratio disregards how, over time, rising life expectancies effectively make people of the same chronological age younger. For example, in 1950, a 65-year-old British woman had an average life expectancy of 14 years; today, she can expect to live another 21 years.

A better measure of population aging’s impact is the real elderly dependency ratio (REDR), which divides the total number of people with a remaining life expectancy of 15 years or less by the number of people actually in employment, regardless of their age. This measure accounts for the real impact of changes in mortality, by allowing the “old age” boundary to shift as advances in health prolong people’s productive lifespans.

Immigration has played an important role in depressing many countries’ real elderly dependency ratio by raising employment rates. Increased labour-force participation among women – who spend a significantly higher share of their lives in paid employment than they did 50 years ago, when most women withdrew from it after marriage or childbirth – has also helped to lower REDRs. Of course, failure to support these trends has the opposite effect. Japan – where opposition to immigration and failure to embrace gender equality have led to a rapidly rising real elderly dependency ratio – is a case in point.

In short, the REDR tells a very different story from the OADR, with at least three important policy implications. First, population aging is no excuse for trimming the welfare state or treating pension arrangements as unsustainable. After all, the phenomenon has been under way for more than a century and, in some respects, its social and economic impact has been declining in recent decades.

Moreover, the REDR underscores that rising demand for health care and social services is not a function of having a larger share of people above a specific age. Factors such as progress in medical knowledge and technology and the increasing complexity of age-related comorbid conditions are far more relevant.

In fact, while age-specific disability rates seem to be falling, recent generations have a worse risk-factor profile than older ones, owing to trends such as rising obesity rates. The capacity of health-care systems to cope with increasing longevity will therefore depend on the changing relationship between morbidity and remaining life expectancy.

The third implication concerns higher education. Elderly people with university degrees (a small minority of their generation) enjoy a substantial longevity advantage. If the life-enhancing effect of higher education persists, population aging can be expected to accelerate further, as the younger, larger and more highly educated generations grow older.

Preparing for and coping with changing demographics requires a more nuanced understanding of what population aging really means. For that, the right indicator – the real elderly dependency ratio – is essential.

John MacInnes is a professor of sociology and Jeroen Spijker is senior research fellow at the School of Social and Political Science, University of Edinburgh.