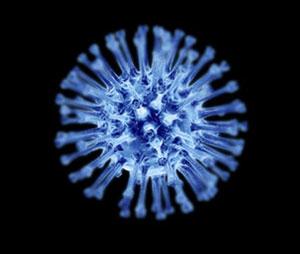 Flu seasons are unpredictable in a number of ways. Although epidemics of flu happen every year, the timing, severity, and length of the season varies from one year to another.
The last time the flu whipped up such a media frenzy was probably in 2009 when H1N1 first took us all by surprise.  Some of you may remember politicians as illustrious as Barack Obama rolling up their sleeves for the cameras that year as they tried to appease the public while promoting the vaccine.

H1N1 has now been rolled into the regular flu shot, which is good because as it turns out, H1N1 has returned and is in fact the dominant strain this year.   By the way, don¹t think that this means you¹re off the hook if you had an H1N1 vaccine in 2009!  The strains are always changing vary each year, so the vaccine does too.

This year, everyone is either afraid or at least mindful about the flu and we are hearing a lot about the Alberta cases.  Eight people have died from the flu there are already, which has been a cause for worry.  Whereas in the years since 2009, flu interest was dwindling by this time of the season, this year has been marked by intense media interest and public concern which many of the provinces have leveraged by mounting extra clinics for those
reconsidering getting a shot.

Are we experiencing another year of mega flu?  Or do we tend to forget what influenza can do from one season to the next?

According to Allison McGreer, head of infection control at Toronto’s Mount Sinai Hospital, and one of Canada’s leading flu experts, you have to put things into perspective. It’s a flu season, which means as activity takes off in your municipality or province, you can expect to see a spike of illnesses that can create the impression that almost everyone is sick.

If you look at a graph of influenza activity over the year, you see that people can contract influenza at any point. But most cases occur in a peak, or two peaks in some seasons. Last year’s season, caused mostly by the H3N2 virus, was quite nasty.  This year the H1N1 virus is predominating – at this point, anyway. And while parts of the country are now in the throes of full-on flu outbreaks, the activity level is what one sees during flu season.

McGeer suggests Alberta’s outbreak may have already peaked while Ontario’s is probably at its apex now.  It will be over in a month. There¹s been a fair amount of activity, but
it’s not terrible. And that should be it.  While it is true that H1N1 is the virus that caused the pandemic in 2009, it should be noted that we were not as well prepared.

It has now been circulating for nearly five years, and is considered one of the seasonal flu viruses. The others are H3N2, also an influenza A virus, and influenza B viruses.

While the vast majority of people who contract flu don¹t need medical attention, influenza does have the potential to cause serious illness and that is true of H1N1, H3N2 and influenza B.  So why the media frenzy this year?

This year, most flu hospitalizations are in young and middle-aged adults, which is drastically different than in typical years, where adults over 65 are most at risk.  Most of the patients hospitalized this year ranged in age from their 20s to their 60s but the CDC reports that the group suffering the most is in the 25-49 range.
That means that the young and people who who don¹t normally worry about the flu or pause to reflect with dread upon their mortality are forced to consider that they could suffer adverse complications this year.

Obviously, this is atypical.  The risk of severe disease and complications from influenza is higher among children younger than 5 years of age, adults aged 65 years and older, pregnant women, and those with underlying medical conditions. In most influenza seasons, the majority of influenza-associated hospitalizations and deaths are among
adults aged 65 years and older. However, during the 2009 pandemic, H1N1 caused more illness in children and young adults than in older adults. The working theory was that older adults had already been exposed to H1N1.

Perhaps seniors have encountered H1N1 but even children are faring better than healthy adults.  Experts are at a loss to explain why it is happening.  Dr. Luis Ostrosky, Medical Director of Epidemiology at Memorial Hermann Hospital says that for H1N1 even in 2009 ­ we saw it really affecting young adults, for reasons we don’t really know yet.  That sentiment has been echoed throughout the medical community.

So if someone you care about is a healthy adult why not go and get the vaccine? Make it a selfless act of contribution to herd immunity! But if you are over 60 dont forget to mention it! Studies show that vaccine works different and should be administered in different proportions to those over 60.