Point/CounterPoint: CARP Responds to the Charge that this Budget Only Serves Seniors - CARP
Join Donate Sign In 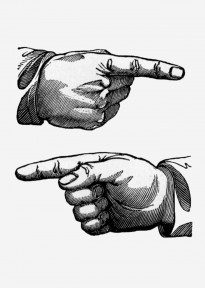 Editors Note: On February 11th, Jeffrey Simpson, a national affairs columnist with the Globe and Mail published an article about the Federal Budget.  Mr. Simpson deplores the creeping, inexorable increases in spending on the elderly.

CARP affirms that Mr. Simpson is just plain wrong, this budget is no boon to seniors.  CARP drafted a response/letter to the editor, which you can read below Mr. Simpsons article.

POINT: A boring budget, unless you are a senior

How do you balance a federal budget? You show some spending restraint but not so much restraint that you cant shower money across the country. Then, you thank your Maker for personal income taxes and the GST.

Tuesdays budget was chock full of little tax credits and small spending programs for a dizzying variety of groups and projects, as Prime Minister Stephen Harper’s governments budgets tend to be. A few new spending programs were major, important and praiseworthy for native education and university research, for example. But more were of the here-today, gone-tomorrow variety, with no agenda behind them for shaping the overall economy.

It is a steady-as-you go document, designed above all to balance Canada’s books (by taking into account a $3-billion contingency fund) in order to bolster the governments political case as having been a careful steward of the nations finances. Boring, Finance Minister Jim Flaherty said of it, with reason and with pride.

After the terrible recession of 2008-2009, balancing the books will indeed, as the minister argues, provide the country with a margin for fiscal safety in an uncertain world. It is a testament to Canadians political wisdom that they expect budgets to be balanced over time.

With a surplus beckoning next year and for years thereafter, the governments spending and tax-cutting machines will go to work in preparation for the election scheduled for the fall of 2015. A big political promise made by the Conservatives in the last election will be income-splitting a very bad and expensive policy and higher contributions for Tax-Free Savings Account.

The new programs announced Tuesday will garner the headlines, of course, but they obscure the budgets underlying themes: the role of tax revenues in turning a deficit into a surplus, and the creeping, inexorable increases in spending on the elderly.

Of course, this wont happen as forecast. If re-elected, the Harperites will either spend the money or cut taxes, or both, just as they did after inheriting a surplus from Paul Martins Liberals. But staying in the budgets fantasy world, how would this $29-billion turnaround happen?

The budget predicts that revenues would increase by $76-billion, spending by $40-billion and payments on the national debt by about $7-billion. Bingo. Theres the $29-billion turnaround, built on about $2 more in revenue for every $1 in extra spending on operating programs.

This 2-to-1 ratio will come from a government that makes a point of having cut taxes. Lower taxes allow the economy to breathe, Mr. Flaherty argued Tuesday, which in turn results in munificent revenues for government. Those who believe that lower taxes eventually produce more revenue for governments will seize on the Conservatives stewardship to buttress their case, although no one knows what would have happened if rates had remained the same.

The people Conservatives like to call hard-working taxpayers will be coughing up an additional $42-billion in personal income taxes during this seven-year period. Another $10-billion will come from higher GST payments. And $11-billion from corporate taxes. Other revenues will flow from smaller sources.

The GST cut, now deemed politically inviolate in that the other parties don’t dare criticize it, costs about $12-billion in lost revenue.

Meanwhile, over on the spending side, one suite of programs dwarfs all the others. Over the seven years from deficit to surplus, elderly benefits will jump by about $14-billion to $54-billion from 16 to 19 per cent of total federal spending. Spending increases on the elderly will outstrip growth in all other programs.

By contrast, those who fight for more money for children (Daycare? An enriched Child Tax Benefit?) should note that benefits for children will increase by $800-million over this seven-year period, compared to about $14-billion for the elderly. Demography drives budgets, regardless of what governments do. Seniors vote. Children don’t.

COUNTERPOINT, CARPS RESPONSE: This Budget is NO Boon to Seniors!

Jeffrey Simpson is right that seniors vote but hes wrong that they’re going to like this budget which does little to address their priorities. Elderly benefits [OAS, GIS] will increase from $41.8 billion [not $14 as Mr. Simpson writes] to $54.1 billion over the next 6 years just keeping pace with Boomers turning age 65 plus inflation. Each senior does not do better than now. In fact, the cut to federal civil retirees health premiums paid by the government will net $7.4 billion and raising the OAS eligibility age from 65-to 67 is projected to save $9 billion a year once fully implemented. Savings on the backs of seniors.

Even on specific promises made in the Throne Speech, there is only a vague commitment to consult. So there’s no specific relief for workers who have caregiving responsibilities nor any specific proposal to help families deal with dementia.

As for pension reform, the government went out of its way to declare again that there will be no increase in CPP despite broad support for it among all Canadians not just seniors. For older Canadians, pension reform, access to home care and drug costs are important and even ballot issues. So either the government does not believe them or thinks it won’t matter come election time. A mistake.