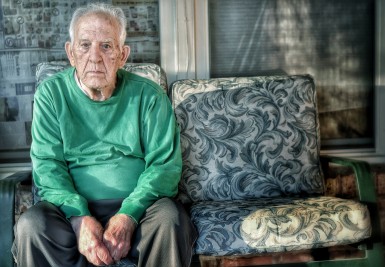 As a cohesive social unit, our virtue is not measured in our treatment of the most powerful among us. If it is to be found at all, it will reside in our disposition towards those of us who are most vulnerable. We all share in the responsibility to care for those of us who cannot yet care for themselves and those of us who no longer can.

We tend to think that the rich, the powerful and the famous are immune to the undignified abuses that some of us occasionally endure. They are not. We all age and as we do, many of us eventually become more vulnerable. At some point, every single one of us will need help.

Even so, its always jarring to hear that the likes of Brooke Astor, Mickey Rooney and now, allegedly even media titan Rupert Murdoch have suffered elder abuse. If these high profile people, media bosses and cultural icons could not protect themselves, what chance do the rest of us have?

Elder abuse is widespread problem that crosses social, cultural, and economic boundaries. One might think that given this universality and scope people might be more sympathetic… We also often think of narrowly of what constitutes abuse, but neglect is also a form of abuse. In fact, neglect can be one of the worst types of abuse.

There is much talk of awareness raising but scratch below the surface and you’ll quickly find that beneath the rice-paper thin sits a massive systemic failure to protect our seniors. Take, for instance, the recent tragedy that took place in the Quebec town of L’Isle-Verte where 32 grandparents were lost in a nursing home fire. The tragedy is not the first of its kind over the years there have been several nursing home fires and at every inquest fire marshals have said the same thing… There should have be sprinkler systems installed in every dwelling where people need help getting out.

The nursing home in L’Isle-Verte was understaffed and it was not fitted with an appropriate sprinkler system.

There has been some progress in Ontario new nursing homes and retirement residences must have sprinkler systems but older homes will not be forced to have them until 2025, therefore providing our seniors with another 11 years of poor fire safety. Its obvious that the safety of seniors is just not a priority.

Every year, scores of the coroners inquest recommendations that have the potential to save lives go unanswered or ignored. There is no real system in place to keep the agencies or homes that receive to the recommendations accountable. If they decide to ignore the instructions for preventing future deaths nothing happens.

Last year, the Quebec coroners investigated 27 suspicious deaths in nursing homes between 2006 and 2011 they found that nearly all of the deaths were avoidable. Several of the deaths reflect another growing and little discussed problem: seniors who fall or burn to death in their baths.

Every year, staff find seniors like Maurice Laporte, 91, unconscious in their baths, their bodies covered in second and even third degree burns. Seniors have more fragile skin and more difficulty fighting infection they tend to die on site or shortly afterwards at the hospital. Coroners reports are grisly reads and they make us ask why don’t we use common sense? Why don’t we enforce building codes that don’t allow bath temperatures to get hot enough to kill people? It seems simple enough. Quebec has initiated this process, but again, only new homes will have to follow the new code.

Its puzzling to see that there is so much apathy and lack of political will to draft and enforce simple pieces of legislation that will save scores of lives every year. Why do we accept a system that allows seniors to go unprotected a system that is, in many ways, abusive?

What could be more important than – literally – saving lives? Talk is cheap, actions are not. Time to put our money where our mouth is: lets keep the politicians accountable for protecting our seniors and creating legislation that should have been in place a long time ago.