Retirees, Don't Wait Around for Government To Fix the Pension Crisis - CARP
Join Donate Sign In 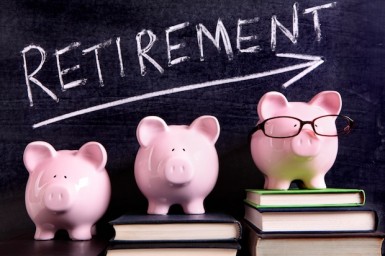 The key challenge facing the Ontario Advisory Panel on Retirement Income Security is to determine how best to help middle income earners save more for their own retirement. No option is off the table. And no option is the front runner.

Any solution must address the chronic under-saving that threatens to reduce the standard of living for a significant percentage of people earning from $30,000 to $100,000 once the pay cheques stop — whether by choice or not.

The people who should be using existing savings vehicles like RRSPs are not; just 5 per cent of the available tax deferral room is being used, most of it by higher income earners.

Many people retired today have workplace pensions, some of which replace as much as 70 percent of their pre-retirement income. Today, two-thirds of the Canadian workforce has no access to a workplace pension.

This article was written by Susan Eng and published by the Huffington Post on February 15th, 2014. To see this article and other related articles on their website, click here.

Early in their career, many of those now retired with decent pensions would have bristled at having as much as 9 per cent of their salary deducted from their pay cheques even if it was matched by employer contributions. I doubt any of them is complaining now. But if it had been up to them, they would probably not have saved.

When we poll our members, they tell us consistently that their children and grandchildren are not saving enough. And they draw from their own experience to advise that any proposed plan must be mandatory. They don’t need to see the researchthat shows if people are required to be enrolled, 85 percent stay enrolled even with the option to opt out.

Our members also know what it takes to get by in retirement and that means monthly cheques that are enough to pay for essentials and a bit of comfort, not just what’s left over after the stock market is done with their savings.

Between these two end points, the pension experts have to weigh in to design the appropriate vehicle.

Many say that increasing the CPP is the answer. And it could have been if the federal finance minister hadn’t vetoed a CPP increase at the December meeting with his provincial counterparts leaving them pushing a rope.

Instead, the federal government insists on its PRPPs which are not up to the task of materially increasing savings rates nor providing an adequate pension. The provinces about to pass enabling legislation are hardly crowing about it. They don’t think they have a choice.

Ontario thinks differently. It proposes to set up its own pension plan and is probably the only province with the population to do so. The other provinces could pass parallel legislation and make it reciprocal so that the pensions would be portable. They need to talk.

Remember, only a “modest” enhancement of the CPP was ever in play even if the federal government kept its own 2010 promise. A supplementary pension plan was always necessary.

So the choices are: rely on PRPP’s, wait for the Conservative government to change its mind and increase CPP not only by 10 per cent as promised but double it as the NDP have demanded, bank on the federal Liberals to form government and add a voluntary layer to the CPP — something they promised in 2011 but have not mentioned since, or get started on a viable solution that today’s retirees can see in their lifetime, not for themselves but to secure the retirement future for the next generation. I’m with them.