Editor’s Note: We provided CARP readers with the  Globe and Mail’s briefing/backgrounder on the Fair Elections Act.  It outlines the issues that are being debated and the main players involved in the debate while providing a simple, factual explanation of what is being proposed.  If you have not yet read this piece, click here to read “Everything You Need to Know About the Fair Elections Act“.

Pierre Poilievre is the Minister of Democratic Reform, below is an op-ed he penned for the Globe and Mail in which he defends the Fair Elections Act. The opinion editorial presents the Conservative Government’s views on electoral reform. 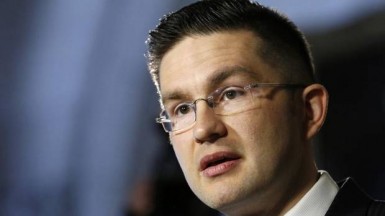 Pierre Poilievre: “Why the Fair Elections Act is, in fact, fair”

Many of the governments critics have reacted with predictable hyperbole to the Fair Elections Act. Yet the bill is common sense.

Lets review the points of contention.

The bill requires voters to choose from 39 pieces of acceptable identification to prove identity and residence. Photo ID will not be required, but simply having someone vouch for a voters identity without so much as a utility bill to back it up will no longer suffice.

The risks of vouching are obvious at a glance. Worse, the safeguards against these risks were violated in 50,735 cases (42 per cent of the time) in the 2011 election, according to Elections Canada’s own compliance report.

Supporters of vouching mistakenly believed they had an Aha! moment a few weeks ago when the reports author, Harry Neufeld, restated his long-standing support for vouching. That was nothing new. Nor had anyone ever suggested otherwise. The very fact that a devout supporter of vouching has acknowledged the appalling irregularities in its use is all the more troubling.

Still, some claim that the irregularities were mere record-keeping hiccups. Regardless of what its author may now claim, the Neufeld report says exactly the opposite.

Errors that involve a failure to properly administer these procedures are serious. The courts refer to such serious errors as irregularities which can result in votes being declared invalid, it reads on Page 5. If you don’t like that, try this, on Page 14: Too frequently, the errors are so serious that the courts would judge them to be irregularities that violate the legal provisions that establish an electors entitlement to vote. Further, Mr. Neufeld noted that the sorts of vouching errors that occurred in the riding of Etobicoke Centre could contribute to a court overturning an election(Page 10).

Rules exist for a reason. They are the legal safeguards, in place to ensure each elector is actually eligible to vote (Page 6) and their systematic violation is serious enough for a court to overturn an election result or invalidate a vote, according to the report.

These facts have led the government to require ID when people vote.

Voter turnout is another point of debate. There are two things that drive people to vote: motivation and information. Motivation results from parties or candidates inspiring people to vote. Information (the where, when and how) is the responsibility of Elections Canada. The agency’s own data suggests it has done a poor job of it.

After the last election, young non-voters reported that not knowing where (25 per cent), when (26 per cent) or how (19 per cent) to vote played a role in their decision not to vote. Half of Canada’s youths (and three quarters of aboriginal youths) are unaware that they can vote early if they are not available on Election Day. The most important access barrier [to youth voting] was lack of knowledge about the electoral process, including not knowing about different ways to vote, the agency has reported.

The Fair Elections Act will require Elections Canada to communicate this basic information, while parties do their job of voter motivation.

Finally, the Fair Elections Act would make the elections commissioner, the law-enforcement watchdog independent from the chief electoral officer. Marc Mayrand, the current CEO, does not support the idea. Nevertheless, it is essential.

First, there are 34 offenses in the Canada Elections Act that deal with conduct by the CEOs staff. How could a commissioner ever investigate the CEOs staff, when he is one of them?

Second, the Fair Elections Act moves the commissioner into the Office of the Director of Public Prosecutions, who has already been responsible for laying charges under the Canada Elections Act for the past seven years. During that time, his independence has never been questioned.

That’s because it is unquestionable. He is appointed on the recommendation of a committee of non-partisan public servants, as well as representatives of the law society and all parties. He can be removed only through a vote of the House of Commons. Section 2 of the Director of Public Prosecutions Act excludes the attorney-general from involvement in elections law prosecutions.

Furthermore, Clause 108 of the Fair Elections Act states: The commissioner is to conduct the investigation independently of the director of public prosecutions. The commissioner will have a fixed term, he cannot be fired without cause, and, for the first time, he will control his staffing and investigations. That is real independence.

Canadians instinctively understand that these changes are reasonable and fair. That is why they have not shared the critics hysteria.

Pierre Poilievre is Minister of State for Democratic Reform.