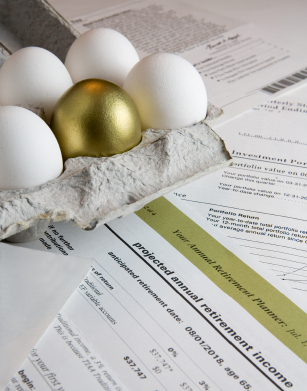 Here are just a few of the comments about the budget:

By announcing its intent to create the ORPP, the Ontario government launched the first major pension reform initiative in Canada since Paul Martins CPP reforms in the 1990s. This ORPP plan is very much in line with the proposal I set out in my March 2014 C.D. Howe study titled Helping Ontarians Save for Retirement, and I believe it to be an important step in the direction of offering middle-income workers without pension plans a low-cost opportunity to join one. However, it is only a first step. Having an actual operational plan ready to go by the target 2017 implementation date will require a major, concerted implementation effort between now and then. Its challenges should not be underestimated.;Keith Ambachtsheer, president and founder, KPA Advisory Services

This article was published by Benefits Canada on May 2nd, 2014. To see this article and other related articles on their website, click here.

Regarding the announcement of an Ontario Retirement Pension Plan, the industry believes a more effective solution to meet the needs of those without workplace plans is through the introduction of PRPPs. It is a targeted solution that can be implemented in an immediate and cost-effective way.;The Canadian Life and Health Insurance Association

The proposed ORPP is a step in the right direction. At a time when we have an aging population, one that will grow more dependent on government services like healthcare, it is alarming that more than 60% of the population has no workplace pension coverage.;Jim Keohane, president and CEO of the Healthcare of Ontario Pension Plan and a member of Ontario’s Technical Advisory Group on Retirement Security.

Regarding the ORPP: The majority of Ontarians who are struggling to save for their retirement simply cant afford to. Hitting them with a higher payroll tax deduction on their paycheque is not going to help them.;Dan Kelly, president of the Canadian Federation of Independent Business

Ontario has clearly placed a high priority on closing the retirement savings gap. While much remains to be done, today’s announcement is a good start in an ambitious effort to address these important challenges.;Andrew Hamilton, partner, retirement consulting practice, Aon Hewitt

The time is long past for debating whether we need a supplementary pension plan, so it is welcome news that Ontario and at least two other provinces will start the process of constructing a national pension scheme to help Canadians save for a decent retirement. The design of the new Ontario Plan mirrors the successful CPP and several provincial plans in providing the best chance to save for a predictable lifetime pension.;Susan Eng, vice-president, advocacy for CARP

Here are some additional comments and analysis regarding the budget: