INACCESSIBLE, DANGEROUS AND DEADLY. THE PROVINCE OF ONTARIO GET FAILING GRADE AGAIN BY EXPERTS FOR REFUSING TO FACTOR, FUND AND ENFORCE PUBLIC SAFETY AND HUMAN RIGHTS OF MILLIONS OF PEOPLE WITH DISABILITIES AND SENIORS THAT LIVE, WORK, PLAY, VISIT AND INVEST IN ONTARIO AND ITS MUNICIPALITIES.

Press Release by the Institute of Canadian Justice 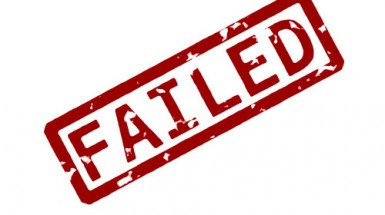 June 6th, 2014: With the provincial election in Ontario on the doorstep, the upcoming municipal elections and the second statutory legislative review of the Accessibility for Ontarians with Disabilities Act, much research and analysis has been done on the state of affairs of accessibility, public safety and human rights for people with disabilities and seniors particularly in Ontario. “The verdict is back, the grade failed and the gaps of education, expertise and enforcement and dangerous outcomes are glaringly inaccessible, dangerous and deadly. The Ontario Government is being sent back to summer school for the meaningful education and enforcement of human rights and public safety” states Gerald Parker-Executive Director of the Institute of Canadian Justice and long time accessibility expert.

In short, provincial ministries and obligated sectors continue to plan, select, permit and fund inaccessible barriers despite the Charter of Rights, Ontario Human Rights Code, the AODA, and common decency and sound planning for the significantly maturing population and our friends, family and loved ones with disabilities and accessibility requirements. “No new barriers needs no more excuses with real enforcement and adjudication, specified and operationally relevant education of public service and technical professionals like planners, engineers, architects, and elections officials and the factoring and funding to do as such by the Province of Ontario and its obligated sectors and not otherwise as is all too often the dangerous and deadly case. The Province of Ontario cannot be allowed to hide, malign and refuse action any longer” states Parker. “There is a reason why the Ombudsman now has purview into the municipal, university, school board and hospital sectors. As I said to the Association of Municipalities for Ontario leadership I sat on your Committee’s twenty plus years ago- you have had 20 years plus to get your house in order. You refused. This is the result. Enforcement- because legislation and education has not even constrained the heartless.”

Here are some selected but very real, very recent and concerning examples of how the Province of Ontario and its obligated sectors and professionals are forcing people with disabilities, the maturing population, communities, friends and families into inaccessible, dangerous and deadly outcomes. Please be aware that each selected example has nothing less than direct discussion with the associated Deputy Minister of the Ministry and/or the CAO and Mayor of the noted municipality.

In 2014 despite promises to the contrary the site selection criteria of Elections Ontario returning offices, advance polls and polling station does not require pedestrian and vehicular access in there selection and location even for training and employment of elections staff. Read it for yourself because it has been attached. “Promises have yet again been made but the reality stands Ontarians in 2014 –twelve years post the Ontarians with Disabilities etc. cannot even vote to save or employ themselves never mind exercise the most quintessential of ones civic duty. The proof is in the pudding and I have received the calls from Returning Officers afraid and embarrassed for their employee’s and voters alike”.

Today, in the City of London and elsewhere across on-street parking and transcending Highway Traffic Act protections for accessible parking critical for people with disabilities and seniors integration is being refused and then very aggressively adjudicated. This because the Ministries of Municipal Affairs, Service Ontario and unfortunately the otherwise pro- active Ministry of Transportation are allowing it and literally passing the revenue generated buck around. As one Deputy Chief of Police said when I was Toronto Polices Accessibility Chair- parking is a cash cow question is how many utters does it have? People with disabilities are literally being entrapped and then required to return numerous times to court and subsequent appeals when the matter is tossed out by a disparaging Judge”-states Parker. The Municipal Act cannot be allowed to transcend constitutional, human rights and public safety laws and the associated Ministries and Ministers have played hide and go seek with the safety of millions for far too long. We all know this is systemic discrimination and know it is time for the penalties of the AODA of a $100, 00 per day per entity and $50,000 per day per Director for such acts be applied and enforced”. Parker also makes the point that in an underfunded and virtually inaccessible and non-existent transit systems the Canadian society is vehiculiarly dependent and compounded by refused and also underfunded accessible pedestrian infrastructure. He continues to say driving is literally a life line not a privilege for people with disabilities and our significantly maturing population and their integration and safety. This reality should have been stopped no later than November 1991 after Parker and others sat on the legislative amending committee. “This is 2014 and 2025 is a joke when 1991 is not respected. Inaccessible, dangerous, deadly and engaged in SLAPP tactics. “Most draconian municipal bylaws in all of Canada” was the statement of the former Vice Chair of the London Police Services on CBC Ontario Morning.

Why can Ontario’s newest high school site been selected to be on an inaccessible, dangerous and deadly location further compounded without pedestrian access on the Trans Canada highway? “The Ministry of Education and its Deputy Minister has been in hiding since this revelation. The site selections, factoring and funding that should include adequate and lawful access and public safety requirements have been refused. Even alternative solutions have been refused, the municipality allowed to permit and the result will be injury and fatality never mind systemic discrimination and now the argument for section 217.1 of the Criminal Code of Canada to be applied against the signing authorities and commensurately paid professionals, directors and other determined parties that continue to aid and abet such inaccessible, dangerous and deadly outcomes. I think those personally responsible for knowingly allowing and negligently refusing solutions should pay the five million dollar statement of claim and answer directly to the injured and devastated families. Pedestrian infrastructure saves life’s and provides accessibility for all, public safety and healthy living. Best way to contend with disability is to prevent it and stop allowing municipal Commissioners of Planning to endanger everyone’s risk, liability, safety and community enjoyment and utilization. This is still not happening in 2014 for public projects and schools built for a hundred years, as community safety hubs and focal points and without even safe school routes or pedestrian access. Someone is going to be hit by a Fire Truck, aggregate concrete hauler on the Trans Canada and I hate being Mr. I Told You So…again! This is Ontario’s newest high school most of us are still shaking my head-the others like the Deputy Minister in hiding.”

In 2002 when the Ontarians with Disabilities Act was legislated a clarification was made to the Province of Ontario in regards to ensuring the legislative mantra of “no new barriers” had no more excuses with the funds to factor. What was assured was that

accessibility could and should be factored and funded into the Development Charges Act that provides for new infrastructure from new developments. “In 2014 twelve years after development charges and site plans are still being allowed to not factor or fund accessibility and municipal CAO’s are still making astounding and archaic statements like I will never make a developer pay for a single piece of sidewalk in this municipality’”. So, as a result, “in 2014 developments charges will not be available until 2024 at this point-one year before 2025 and the Province of Ontario’s promise of full accessibility and municipal general funds are nickelled and dimed while injuries occur and liability assigned. No factoring, no funds and no barriers will continue to be inaccessible, dangerous and deadly joke! This was and remains to be a choice by the political parties in the Province of Ontario and its public service professionals that so blatantly refuse to act. These realities have no excuses- Municipal Affairs could of solved this with a memo. They choice to not even return calls or show up for critical meetings instead”.

Today in 2014 when a park is being planned and designed by municipalities they are still being permitted by Municipal Affairs, Attorney General and the Ontario Human Rights Commission to pivot parents, people with disabilities, seniors and loved against each other to compete for politicized public safety and make a choice between playground equipment or pedestrian infrastructure. “Swing or sidewalk Grandma? Running on the highway or safe within the neighbourhood Charlie? These are inaccessible, dangerous and deadly choices all when places like Brampton are deliberately designing neigbourhoods to contend with obesity and diabetes by providing….pedestrian infrastructure-go figure”.

In the final analysis what has been presented and painstakingly provided is that the Province of Ontario and its transcending human rights, public safety and accessibility legislation and education of the AODA have failed. Ministries still refuse to be responsive, timely, professional and never mind accountable-that is a nasty and unacceptable reality nomatter what party wins the election. “This is definitely about both the math and the ethics. It is also about Municipal planning departments and provincial Ministries being allowed to continue to play a very uneducated game of roulette with accessibility and the dangerous and deadly outcomes are literally piling up. Time for action and to continue to ensure accessibility, public safety and human rights are not a dangerous afterthought but a well planned and educated forethought. Otherwise enforcement will be increasingly demanded to be applied. Too little too late to a grieving and disenfranchised family is exactly that”.

Parker asks that Ontario citizens please call their MPP and the Ministers and Deputy Ministers responsible and tell them people with disabilities and seniors matter and that the AODA needs real education, enforcement and leadership-not lip service and hide and go seek games of attrition. Most of all get out and vote….if you can get there- if you can we say. Justice saying”