British Columbians expect to live longer than other Canadians, and to spend more on health care - CARP
Join Donate Sign In 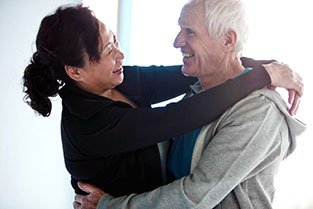 Editor’s Note: On July 29th, 2014 the Vancover Observer published an article that says that British Columbians are expected to live longer than other Canadians but that they are also expected to spend more on their healthcare. Canadians expect to spend $5,391 in out-of-pocket medical expenses every year after the age of 65, according to the BMO report. In B.C., the number was $5,800 a year.

This article is well worth reading, it goes well beyond reporting on the recently released Pollara findings and investigates potential causes for the life-expectancy and cost differentials. Of note were the comments made by Dr. Elaine Gallagher, former director of the Centre on Aging at the University of Victoria. Dr. Gallagher stipulated that the main reasons B.C. seniors might be paying more for health services is that there has been a move to privatize more aspects of care in British Columbia. Excerpt and full article are available below:

Retired Vancouver teacher Sheila Pither says that while she hasn’t personally faced any huge medical bills as a senior and has no complaints about her medical care, she has friends who are faring much worse.

“It’s not just the medical costs,” said the 81-year-old Pither, who has a serious heart condition. “For instance, a friend told me the other day that a mutual friend had all of his teeth removed. Why? Because he couldn’t afford proper dental care. And that kind of situation is appalling, to state the totally obvious. I haven’t been faced with horribly expensive procedures, but one of my friends who is also a retired teacher is finding it very hard because she happened to run into dental bills of about $15,000. If I had that kind of experience, I’d probably be telling you a different story.”

Pither made the comment Monday after a new poll was released suggesting that health and medical costs are the biggest financial worry for Canadians later in life.

The Bank of Montreal report, titled Living to 100: The Four Keys to Longevity, found that 74 per cent of those recently polled foresee medical costs as their biggest expense in their senior years.

On average, those polled expect to spend $5,391 in out-of-pocket medical expenses every year after the age of 65.

The poll also found that while British Columbian seniors expect to live longer than Canadians in all other provinces — 33 per cent in B.C. anticipate reaching 100 — they also expect to spend $5,800 a year on health care costs, second only to Ontario.

Click here to read the full article at the Vancouver Sun