CARP calls for national senior care strategy, with or without Ottawa - CARP
Join Donate Sign In 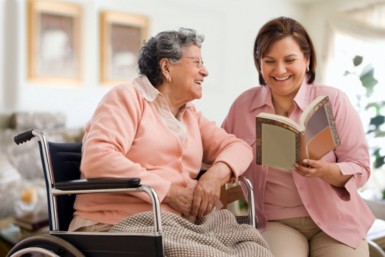 What does Canada need to make a countrywide strategy to care for an aging population? Ten premiers in agreement and not much else, according to CARP, an advocacy group for senior citizens.

“There’s no point in spending out time pummeling the dead horse of a federal role,” CARP vice-president of advocacy Susan Eng says. Eng says her organization and its members aren’t waiting for a federal partner that may or may not arrive after next year’s federal elections they want to see the premiers take action on a national senior-care plan now.

“There’s a looming challenge to the health-care system, and it’s incumbent on health ministers and premiers to get their act together in the absence of the federal government taking a role,” Eng said. “Our message to every level of government is for them to get moving and stop arguing over jurisdictions.”

Canada’s 10 provincial premiers and three territorial leaders are meeting in Charlottetown this week for the annual Council of the Federation summer meeting, which will see Ontario relinquish the chair to Prince Edward Island’s Robert Ghiz.

The proportion of Canadians over 65 has almost doubled since 1971, with seniors comprising 15 per cent of the population today versus 8 per cent 45 years ago. As the baby boomers age, the Canadian Medical Association warns the fraction could climb as high as 25 per cent.

Eng and CARP want the premiers to move forward with a co-ordinated national program to improve senior care. She says seniors across the country deserve a predictable level of care no matter which province they live in.

“A lot of changes we’re asking for require wholesale, transformative change in health care,” Eng says. “It’s only come to pass recently that letting people face medical challenges at home is a good idea well, patients always thought it was a good idea.”

One issue premiers will have to grapple with is whose ox will be gored: While CARP wants to see more funding for at-home care, in a world of bare provincial cupboards they say hospitals and doctors will have to give up some of their funding.

Nevertheless, CARP is co-hosting a roundtable at the Council of the Federation meeting with the CMA on seniors care. CARP and the CMA agree on the need for national standards and a greater emphasis on preventive medicine, among other issues.

Another issue Eng said the provinces will have to look at is strengthening the joint purchase of drugs to lower costs for provincial health ministries.

“We want to consult with all necessary stakeholders, but we also need to see prices come down,” she said.

Eng also noted that while Prime Minister Stephen Harper may not be interested in attending the Council of the Federation meeting, his government has a self-interested reason to take senior care seriously: seniors vote regularly and in high numbers. In 2011, seniors voted in large numbers for the Conservative Party, but according to a survey of CARP members1 seniors are now leaning heavily toward the Liberals of Justin Trudeau.

In Ontario, the provincial Liberal government has poured more money into its Action Plan for Seniors strategy. The plan aims to deal with the fact that the number of seniors in Ontario is slated to double over the next two decades from two million to 4.1 million people.

The recent Ontario budget says the seniors’ action plan “is focused on addressing the growing needs of the province’s aging population and providing seniors with better access to health care, quality resources and improving safety and security.”