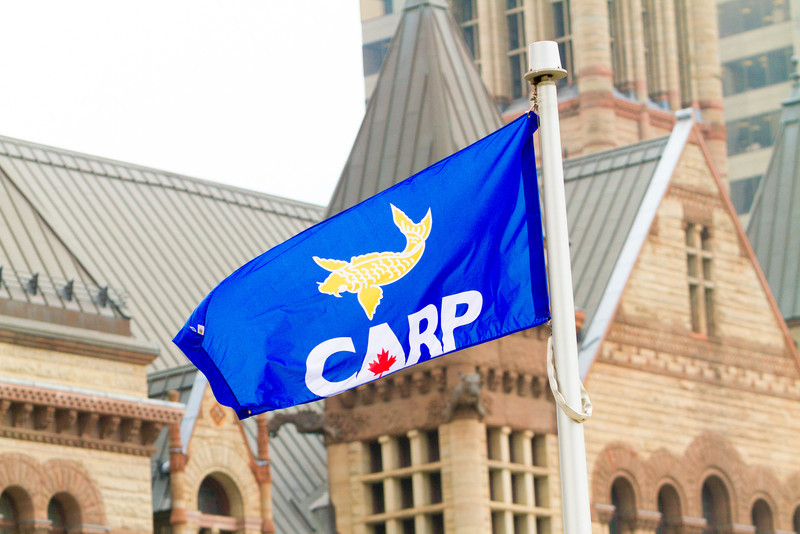 All three mayoral candidates were singing the praises of seniors at City Hall on Wednesday.

And each one delivered speeches saluting seniors before the flag was raised on City Halls green roof.

We have to remind ourselves that it is the senior citizens that have built the foundation that produced the great city were blessed to live in today and the great country for that matter, Tory said. It is up to us to make sure that we dont just say thank you in words but we follow through on that expression of gratitude by doing what people would expect us to do.

I think we, those of us who seek to be in public life, have an obligation to make sure that were doing what we can not just to say thank you with words but to say thank you by saying were going to make it possible to live the life that you want to live as senior citizens, he added.

Ford assured the crowd that elected officials listen to CARP and called seniors the backbone of this city and this country.

Chow said we owe it to seniors to have a better city.

We should all take to heart how much our seniors have contributed and how much we owe to you all, Chow said. We owe you the right to live in dignity and respect, we owe you access to our city services, we owe you to have better transit.

Ninety per cent of our members vote in every election and at every level of government ; the kids dont, Znaimer said.