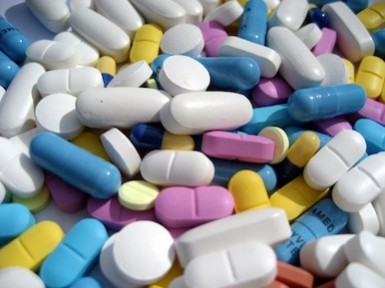 The consensus supporting universal pharmacare has expanded, yet government action has been minimal in addressing the increasing costs and uneven access to drugs. Unlike most countries with universal healthcare, drugs in Canada are largely paid for privately, either through private insurance or out-of-pocket. In A Roadmap to a Rational Pharmacare Policy in Canada, a report written by Marc-AndrÃ© Gagnon, an Assistant Professor at Carleton University, on behalf of the Canadian Federation of Nurses Unions, claims that a universal pharmacare program would not only provide greater access for all but would also generate annual savings of up to $11.4 billion a year.

Currently, pharmacare coverage depends on where one works and lives rather than actual medical needs. In comparison to most European countries that provide universal coverage for prescription drugs, Canada provides public coverage to less than half of its population and its annual costs are considered to be some of the highest.

Those without public coverage may be either purchasing drugs out of pocket or have privately insured drug plans that vary in out-of-pocket spending and by province. The report states that one in ten Canadians reports not having at least one prescription filled in the last year and that out of pocket spending for prescription drugs has increased on average by 33% between 1997 and 2009 affecting low income and middle class households the most.

The goal, according to the report, is to ensure that every Canadian has adequate and equitable coverage for prescription drugs provided by a national pharmacare program that is part of the health care system. Greater access can be achieved by creating a public plan that would pool the risk and resources from everyone, allowing everyone to contribute to the funding of the plan through payroll deductions. Every Canadian would automatically participate in the plan and be covered, just as the healthcare system does already. All levels of government would be responsible for ensuring and providing public coverage.

As provinces differ based on health care budget and influence when negotiating with pharmaceutical companies to get bigger rebates, this means that access to affordable drugs is dependent on ones residence. The coverage offered by universal pharmacare plan must be national in its scope, yet flexible in responding to the needs of the population.

In the last three years, a bulk purchasing agency called the Pan-Canadian Pricing Alliance has worked to reduce costs of prescription drugs in Canada and has helped to monitor and prevent drug shortages. However, there is still no guarantee that the savings achieved will translate to savings for all Canadians, as people with or no insurance plan continue to pay regular if not increasing prices for their drugs. To ensure that price reductions benefit all Canadians, it is suggested that same prices should apply to publicly and privately insured plans, to avoid shifting costs.

CARP recognizes the importance of advocating for a universal pharmacare program that ensures that drugs are affordable, accessible and the system is sustainable. CARP will continue to advocate on this issue to ensure greater access to prescription drugs for all Canadians. The status quo will only incur additional financial and health costs for Canadians.