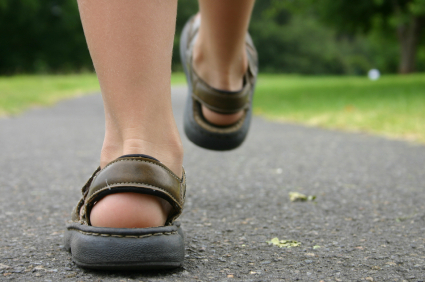 This article was published by Richmond Hill Liberal on November 20, 2014. To see this article and other related articles on their website, click here.

It was just a shoe — a sensible, black, Velcro-closed shoe — lying in the centre of a rain-slick highway — but the story it told was heartbreaking: another elderly pedestrian struck down on our rushed and congested streets.

This senior citizen, hit in the heart of Richmond Hill during rush hour, was fortunate.

But four other elderly pedestrians have not been so lucky on York Region roads this year.

It’s a scary world out there for seniors who want to get around in our distracted, fast-paced world.

And as our communities grow older, and our roads more busy, experts say it’s going to get worse.

Statistics show that in 2013, there were five pedestrian fatalities and two were seniors, Titherington says.

So far this year, there have been seven pedestrian fatalities, four of them seniors — with some of the worst winter driving months still to come.

Every three hours in the GTA, a pedestrian is struck by a car and, according to Susan Eng, spokesperson for the Canadian Association of Retired Persons, two of every three struck at intersections in the United States are over 65. In Canada the trend is very similar, she says.

Numbers like that worry Jane Haque; so do recent newspaper headlines about seniors being killed, especially one in Richmond Hill this month that occurred right where she and her husband regularly walk.

The retired couple enjoys a daily stroll through the centre of town, stopping at the library or local coffee shop, but Haque says it can be intimidating.

“We have to be leery of where the danger zones are.”

Also worrisome: large delivery trucks and young drivers on their way to work.

She knows, with all the development happening in York, this problem isn’t going to go away.

Richmond Hill’s Michele LeBlanc worries, too. Frustrated with the constant stream of cars rolling through the stop signs near her local school, she took to “video vigilantism”: recording the transgressions and posting them on Facebook.

“I am afraid for pedestrian seniors. I am afraid for anybody that has to cross a road in this town and it makes me cringe when I see someone jaywalking with a traffic light 20 feet away.”

The death in September of an elderly woman in a Markham parking lot points to another issue that concerns LeBlanc – drivers who use disabled parking illegally, forcing those who aren’t as mobile to walk further distances.

This is the worst time of year to be a pedestrian, and evening rush hour is deadliest, when roads are pitch-black and frenetic. The Insurance Institute for Highway Safety warns we face a “perfect storm”, urbanization combined with:

• improvements in vehicle safety that make drivers feel safer, but not pedestrians

• an aging population that is more susceptible to serious injury or death in a collision.

Older residents may be used to a time when York roads were slower, less congested. They may try to hustle across the street faster than their aging limbs can take them.

And they may not be as sharp as they used to be. The Alzheimers Society predicts 1.4 million Canadians will have dementia by 2031. Their subsequent loss of driver’s licence may leave them stranded on sidewalks, struggling to negotiate busy crossings as pedestrians.

The Region of York has tried to adapt to those trends — reducing speeds at crosswalks, for example, and lowering speed limits on 45 sections of regional roads.

There are also calls for more traffic lights, but at a cost of $150,000 plus maintenance, that isn’t always the best solution, Titherington says.

Increased time for pedestrians at crosswalks, increased traffic lights and lower speed limits may have a negative impact on traffic flow.

The challenge is finding a balance between walkers’ safety and drivers’ frustration, he says.

“There’s only so much you can do from a road design perspective. A large part of it is behavioural.

“People don’t appreciate how difficult driving a car is. It’s the most difficult thing you’re going to do in a day.”

But that’s easily forgotten when your car is as comfy as your living room – your tush nestled in a heated seat, GPS, music and radio at your fingertips, hands-free for endless conversation.

And yet, says Titherington, “there are so many decisions you have to make in split seconds. Especially at signalized intersections, where it’s most complex. Pedestrians need to be aware of that”.

A surprising number of fatalities occur when pedestrians are legally crossing the road, lulled, perhaps, by a false sense of security.

“You’re putting your life in drivers’ hands. You may be right, but you’re still going to be dead.”

Adding to the problem: York Region has, until recently, been mostly rural or suburban, pedestrians few and far between. Further from a city centre, roads are built for cars: wider, more difficult to cross, vehicles moving faster.

“When you’re driving downtown Toronto, there’s a constant tension there,” Titherington says. “You assume a cyclist or pedestrian could be around every corner. In York, you’re more  relaxed, fewer people walking — especially in the northern areas — so you end up with trouble as we saw in Newmarket on the weekend.”

Greg Beros is a councillor in Oak Ridges where another fatality occurred this past weekend. He wonders if it will be even harder to cross regional roads when Viva’s new rapidway bus lanes cut through the centre.

Yet Susan Eng, president of the Canadian Association of Retired Persons, suggests the rapidway bus lanes may actually be helpful, because their centre-lane median will allow older pedestrians a chance to rest mid-way as they cross.

In York Region, most street corners are cut in a curve to allow drivers to turn without reducing speed, but this just makes an already-wide distance even wider for pedestrians to cross. The solution: put corners back so cars must slow down.

It’s the kind of approach that has had success in Sweden, she says.

“We can be screaming ‘be careful’ all we want; it won’t solve the problem.” Instead, she says, communities could be built with pedestrians foremost, but that is a political choice, and not always popular — especially with traffic congestion a top issue for many municipalities in last month’s election.

The Region of York takes a similar multi-pronged approach on a regional level, and an education campaign spreads the region’s safety message at local schools.

It may be time to start making that pitch at senior centres, too, Titherington says.

Kate Hall, co-founder of WALK Friendly Ontario, calls for “retrofitting the suburbs” with more compact, mixed-use development so that seniors who can no longer drive can access services independently and safely.

In more rural northern York, where cars are necessary, village cores could be designed to be walk-friendly, “to park your car once and do the rest of your errands on foot … We need to think about creating hubs of activity to serve neighbourhoods so it’s not all spread out, not all big box stores on the outskirts.

“If you make it safer for pedestrians and cyclists, then it’s safer for drivers as well,” Hall says. “Drivers don’t want to hit someone. No one wants to hurt anyone.”

Besides, she says, we are all pedestrians.

“As soon as you step from your car, you are a pedestrian. This is how we get around. We’re built to walk.”