CAROL’S CORNER: The Law and me - CARP
Join Donate Sign In 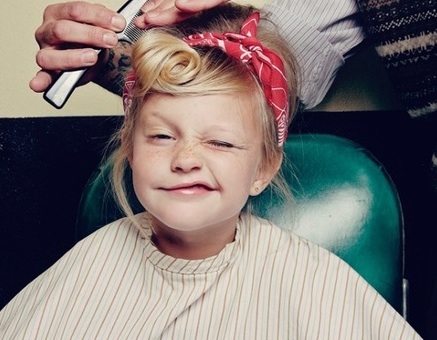 Editor’s Note: This is the second instalment of a new feature called “Carol’s Corner”.  To read the first instalment, click here.    The writer, Carol Libman, has been with CARP Advocacy answering questions for members since 1988. Carol is also a writer and a playwright. Her writing career has taken her to The Montreal Gazette, several weekly newspapers and magazines, as well as into radio and theatre.  A native Montrealer, she was a founder of the renowned Canadian play development organization Playwrights Workshop Montreal, still going strong after 50 years. On her re-location to Toronto, PWM established the Carol Libman Resource Centre to honour her 20 years of work with the organization.

My first brush with The Law occurred when I was four years old. It was my brother’s fault. Of course.

He was eight years old when I was born. When he realized I was a girl, he strongly suggested to my mother that she send me back and exchange me for a boy. When she explained that was impossible, she also reminded him that as I was eight years younger, I wouldn’t be much good on the hockey rink or the baseball diamond for a long time, and by the time I might be, he’d be off doing other interesting things.

When it came to giving me a name, he suggested “Bubbles”, as blowing them was, I’m told, one of my happiest activities. This was vetoed as my mother, looking ahead, realized that “Bubbles” might not inspire confidence should I enter a profession such as Advocacy Consultant for CARP when I grew up.

He was forced to acquiesce. However, when I turned four he decided it was time to teach me how to throw a ball, but “not like a girl”. He didn’t bother to explain why a girl shouldn’t throw like a girl. And I didn’t have the wit to enquire.

So, out we went with a chewed out tennis ball that even our dog, Peter, had abandoned, as Older Brother patiently taught me to cock my arm behind my head and then launch the missile. Once he was satisfied with my progress he instructed me to practise, and headed off with his buddies to play “real” baseball.

I became so adept – I thought – at ball throwing that one Sunday afternoon, I decided it was time to show off. Unfortunately, the venue I chose was our next door neighbour’s front yard. They were a large family, several of them members of the local police force. Not having any tennis balls around I picked up a rock, and announced to my friend, “I can throw this over that car.” She looked at the large black vehicle parked at the curb. “That’s a police car,” she said. “So what?” I replied, and heaved the rock.

My friend took off in one direction and I in the other, visions of spending the rest of my life in jail following me as I dived under our front porch. I cowered there for a moment, then two large shiny black shoes appeared in the gap between the porch and the ground.

“That depends,” he replied.

I realized I had no option. I crawled out from under the porch. He towered over me, then bent down.

My story spilled out. “I was trying to throw over the car, but I guess maybe I’m not as good a thrower as I thought I was.”

He pondered that for a moment. “How old are you?”

“Is this your first offence?”

“Not if you promise not to do it again. “

He turned to go, then stopped. “You need to practice a little more, but for a four-year old, you’ve got a pretty good arm”.

He went back to his buddies, and I realized that within the space of 15 minutes, I had experienced the hazards of “showing off”, retribution, forgiveness, and redemption. And discovered that – for a four-year old – I had a pretty good arm.