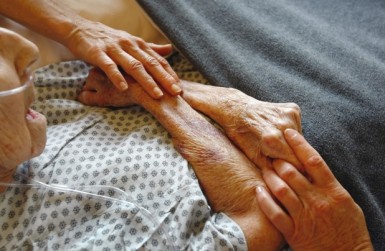 The report highlighted the major gaps and challenges of palliative care services in Ontario that compromise the health and well-being of individuals:

Lack of an overarching strategic policy framework for delivery of care – The audit revealed there is no leadership from the Ministry of Health and Long-term Care to develop a strategy framework to provide system coordination and implementation. Instead, palliative care services were initially developed in a patchwork fashion due to individual healthcare providers who took initiative themselves to fill the need for palliative care.

Ineffective use of funds and services – The audit revealed that 60% of deaths are in hospitals, many of which are not sudden and could have been planned to occur elsewhere, allowing people to die in their preferred place while also being more cost effective. According to the report, palliative care costs $1,100 per day in an acute-care hospital bed compared to only $460 per day in a hospice bed or under $100 per day at home (see Table 1). There is an opportunity to adjust where palliative car is being delivered to better meet people’s needs and preferences while using the funds more inefficiently.

Lack of standards – The audit revealed that there is no standardized process to identify patients who could benefit from palliative care. Moreover, there is a lack of standards in education and training of palliative care physicians and nurses, which has resulted in inconsistent quality of care across physicians, physicians feeling unequipped to discuss palliative and end-of-life planning with their patients, and allowing any physician to claim to be a palliative-care physician, even if they don’t have the qualifications or experience. These concerns have led to some patients to receiving palliative care late, without complete information from their physicians, and possibly with reduced quality of life.

Based on these gaps, the Auditor General made several recommendations to the Ministry of Health and Long-term Care, including the following: