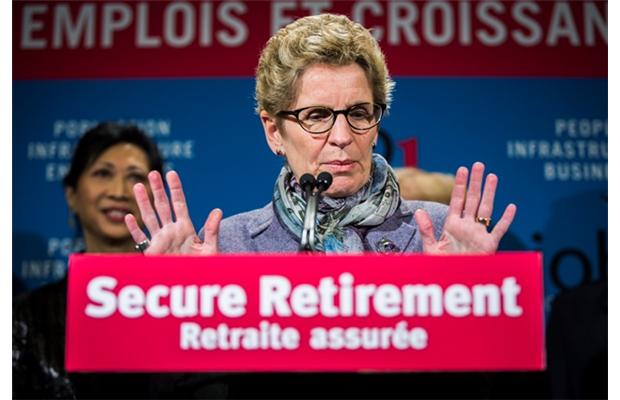 It’s been six months since the Liberal government in Ontario was elected with a majority mandate won largely on the promise of the Ontario Retirement Pension Plan (ORPP). Not much has been done to move the ORPP into reality since, until this week, when the government issued a consultation document soliciting opinions on how to shape the ORPP. The consultation document will inform the way the ORPP is untimely designed.

The promise of the ORPP is that it will mirror the CPP. In fact, the Premier Kathleen Wynne’s stated motivation for proposing the ORPP was to fill the pension gap left by the federal government’s final refusal last December to agree to an increase to the CPP, despite unanimous support among the provinces.

The government has stated that it would begin implementation of the ORPP in stages starting in 2017 and beginning with the largest employers. Contribution rates would be phased in over two years. The proposed mechanics of the ORPP would be the following:

Will the ORPP deliver on its promise?

The consultation document released this week shows that important features of the pension plan are still undecided. Arguably the biggest point of contention in ORPP design is the proposed exemption to not pay into ORPP for “comparable” pension plans. The government in its communication to the public about the ORPP has stated since the beginning that employers who provide and employees who belong to “comparable pension plans” will be exempt from contributing and benefiting from the ORPP.

This exemption was ostensibly included in the early design stages of the ORPP to forestall employers’ reluctance to pay additional pension premiums. Indeed, the Canadian Federation of Independent Business (CFIB) has been one of the biggest opponents of both CPP enhancement and the ORPP.

It wasn’t clear from the first announcement of the ORPP what “comparable pension plans” means. In the consultation document, the government states that Ontario’s preferred approach is to define “comparable” plans as Defined Benefit (DB) and Target Benefit (TB) Multi-Employer Pension Plans.

An exemption for employers and employees with DB and TB plans wouldn’t necessarily undermine the goal of a new pension plan providing more coverage, since DB and TB plans generally provide solid, predictable, and dependable benefits in retirement.

But if the definition of “comparable” is allowed to be interpreted to include Defined Contribution (DC) plans or Pooled Registered Pension Plans (PRPPs) or if the Ontario government bends to the lobbying demands of groups like the CFIB, the core goal of the ORPP may indeed be undermined. Notably, in a recent CARP Poll, the majority of respondents agreed that PRPPs should not be defined as comparable to the ORPP and should not receive an exemption.

DC plans and PRPPs are considerably less effect at providing secure, predictable retirement income since they are largely employee funded in individual accounts subject to the ups and downs of the market, even in retirement. DB plans, on the other hand, are typically indexed to inflation and the large investment pool from which they draw pension benefits are capable of withstanding greater economic shock, providing greater pension security for retirees, much like the CPP, which the ORPP is meant to mirror. DB plans also typically have better benefits in retirement than DC plans, which due to their individual account structure, don’t leverage investment pooling the way DB plans can.

The government is signaling its intent to exempt only employers and employees who have plans truly comparable to goals of the ORPP, but should the government choose to lower its standard for the definition of a “comparable” plan, the ORPP may not deliver on its full promise of helping working Ontarians close their retirement savings gap.

As the government moves forward with these consultations, CARP will actively participate in the process and push for ORPP design that will do the most to help working Ontarians achieve more stable retirement income.

CARP will advocate for an ORPP design that closely matches our call for a Universal Pension Plan (UPP). If the goal of a pension plan is to reduce poverty in old age and to provide stable income in retirement, then the ORPP should provide Ontarians a large pool of funds that is big enough to provide more protection against market volatility and shocks and produce higher investment returns than small, individual savings accounts, PRPPs, and other retail investment options. The ORPP should provide target benefits allowing Canadians to better plan for retirement.