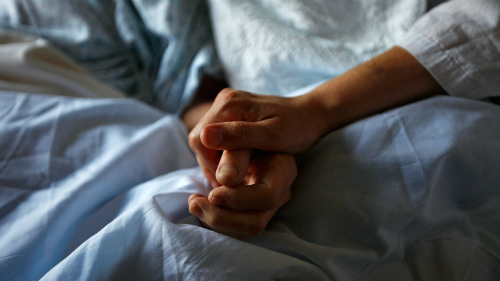 A Supreme Court of Canada ruling that cleared the way for doctors to help competent, grievously ill adults end their lives leaves legislators and medical regulators to decide how the new aid-in-dying regime would work. Here are four major issues they are likely to face.

Who would qualify for assisted death?

The Supreme Court of Canada’s ruling says physician-assisted suicide should be available to a competent adult who “clearly consents to the termination of life and has a grievous and irremediable medical condition (including an illness, disease or disability) that causes enduring suffering that is intolerable to the individual in the circumstances of his or her condition.”

This article was published by The Globe and Mail February 9th, 2015.  To see this article and other related articles on their website, please click here

That definition goes beyond what Quebec allowed in its medical-aid-in-dying law, which is scheduled to take effect before the end of this year. Quebec’s Bill 52 stipulates that patients “be at the end of life” to qualify for assisted death.

The fact that Canada’s highest court did not limit assisted death to the terminally ill is one of the chief concerns of the Council of Canadians with Disabilities and the Canadian Association for Community Living. “This potentially means that all persons with a serious disability in Canada can access assisted suicide,” the groups said in their response to the decision.

The Supreme Court’s ruling also specifically included psychological suffering. It leaves unanswered questions about whether those suffering from severe mental illness might be eligible for assisted death.

Should patients be allowed to consent in advance to assisted death?

This issue was complex and emotional for Quebec lawmakers, according to Véronique Hivon, the Parti Québécois MLA who spearheaded Bill 52.

The question arose most often in the hypothetical case of patients with Alzheimer’s disease. Should patients facing inevitable mental declines be allowed to write advance medical directives consenting to assisted death when they are no longer competent?

Ms. Hivon said in an interview on Friday that such a provision would have been a deal-breaker for the bill. “If we had tried to go that far, I don’t think we would have had in the National Assembly the consensus to pass the bill,” she said.

Ottawa and the other provinces could now have to grapple with the same issue.

What checks and balances should be in place to prevent abuse?

Quebec’s Bill 52 and a private member’s bill from Conservative MP Steven Fletcher offer examples of the kinds of safeguards that could be enacted.

Both require a waiting period between a formal, written request and the act itself. Both stipulate that two doctors assess the patient’s competency. Quebec’s bill sets up a commission to oversee implementation; Mr. Fletcher envisions something similar in a second private member’s bill that would establish a Canadian commission on physician-assisted death.

What happens to patients whose doctors refuse to help them die?

The ruling is clear that doctors cannot be compelled to help people die. But the court acknowledges that legislators and medical regulators will have to find a way to reconcile the rights of patients and physicians in response to the judgment.

“There is an issue that remains,” said Paula Rochman, a lawyer who works with Dying With Dignity. “Do you have a duty to refer the patient to somebody else?”

That question could be left to the self-regulating professional colleges that govern physician behaviour in every province. Some – but not all – already have broad policies that require doctors to provide referrals if they refuse to provide a legal medical service on religious or moral grounds.