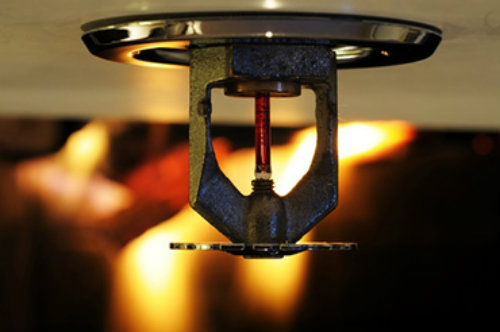 What has happened since the fire tragedy of L’Isle Verte nursing home: CARP Update

In the weeks prior to the release of Quebec Corner’s report that investigated the causes of the L’Isle-Verte nursing home fire that claimed 32 lives and injured 15 others over a year ago, CARP sent out an open letter to all ministers responsible for fire safety in nursing homes across Canada. In the letter CARP called on federal, provincial and territorial governments to end the patchwork of fire regulations and to make sprinkler systems mandatory in all care homes built before 1997, which in most provinces are not required by the current building and fire code requirements leaving many seniors exposed to fire related dangers. Although fire sprinklers are important, CARP’s letter pointed that other safety measures need to be enforced such as evacuation plans and staff training, followed by enforced compliance.

The testimony shared at the Coroner’s inquiry has shown that the deaths and injuries at L’Isle Verte could have been prevented if the nursing home had properly implemented and executed fire safety training and by having fire sprinklers installed in all parts of the facility. The Coroner’s report has affirmed CARP’s call for action, recommending that among other things, all care homes in Quebec should be equipped with sprinklers and to end grandfathering of pre-regulation homes.

Quebec to make fire sprinklers mandatory in all nursing homes

A week later, the government of Quebec announced that it will become the fourth province to require fire sprinklers in older retirement and nursing homes. Quebec joined Ontario in allowing a multi-year transition for the necessary work, and will also set aside over $ 260 million to help pay for the upgrades.  Labour Minister, Sam Hamad said that the new rules will cover existing licensed homes with more than nine residents and will be phased in over 5 years. Smaller homes will have to meet requirements for exits and building material to avoid installing sprinklers.

Most Canadian jurisdiction require sprinklers for new construction, but retrofitting of sprinkler systems in facilities built before 1997 has been slow. Currently only four provinces have mandatory sprinkler system legislation in place, consisting of Ontario, Newfoundland and Labrador, Prince Edward Island and now Quebec.

All PEI nursing homes are required to have sprinklers

Prince Edward Island responded to CARP’s open letter confirming that all of its long term care facilities are retrofitted with sprinklers systems. All care facilities are inspected annually as part of the license renewal process, which is required of facilities to continue their operations. The annual inspections also ensure that the sprinkler systems have been checked and are in proper working condition, and that the fire escape plans are up to date. Newfoundland and Labrador also said that all of the province’s long term care residences are retrofitted with sprinkler systems and are inspected for compliance.

Other provinces slow to act

Despite the good news of Quebec joining the mandatory sprinkler system retrofit in care facilities, there are many provinces that have yet a lot to do. Manitoba indicated in their response to CARP that the province has established a fire taskforce last year to review fire and life safety in care facilities, and to explore fire prevention and emergency planning solutions. Currently, Manitoba only requires sprinklers in facilities built after 1997 or if older facilities are renovated.

The current findings suggest that 50% of Manitoba’s care facilities are either without or with partial sprinklers systems, majority of such facilities are in rural areas. Manitoba and Saskatchewan have set aside small amounts of money, but have not introduced retrofit regulations. British Columbia has only 8 homes without sprinklers and is considering what to do next. While, Alberta has 70% of its seniors’ homes without sprinklers and set aside $ 70 million for upgrades last year, and announced in November that it will be committing $ 160 million of provincial and federal funding over four years to tackle the issue. Premier Prentice has issued a statement in February 2015, that despite Alberta’s fiscal crisis, the province will not back down from its promise to install fire suppression systems in seniors’ residences. To our understanding, remaining provinces have not made fire sprinklers systems mandatory in all care facilities.

The L’Isle Verte fire showed that sprinklers are crucial, even if they are not the only solution which the Coroner also said. Other building code requirements and safety measures for existing care homes are also needed. CARP will continue to call and monitor progress of all provinces and territories in their adoption of fire safety measures, urging them to make sprinkler systems mandatory in all care facilities.