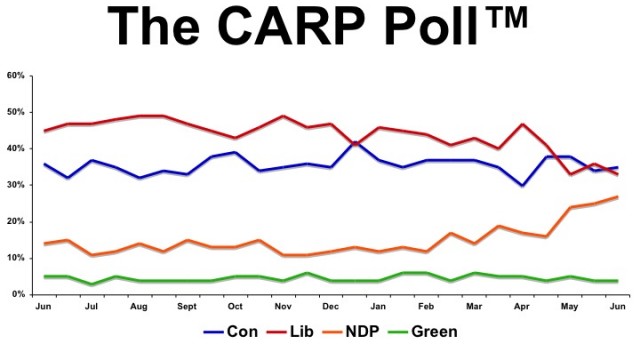 CARP members for the most part do not plan to move and two thirds say their current home is suitable for aging in place. It is important to fully three quarters that they don’t have to move again as they age. Those who have moved are most likely to have moved from a big city, while those who plan to move plan to go to smaller centres. Members currently are evenly split between big cities and smaller centres/rural areas.

Downsizing is the key reason for moving, followed by moving to assisted living. More members say they will have the funds to enjoy their previous lifestyle after they move than say they won’t. Two thirds currently have needed services and amenities close by, the most important being health care and medical professionals, followed by groceries and transit. Virtually all members characterize their access to these needed services as easy.

There is an even split over whether transit to all parts is more important than many community hubs which reduce the need for travel. Good roads and parking are seen to be twice as important as transit, both in cities and smaller centres.

Housing in members’ communities is not seen as particularly affordable for older Canadians although it is generally available. The majority believes older people can’t afford to live in Canada’s big cities, especially Vancouver and Toronto.

Members approve of the federal government’s proposal for voluntary CPP expansion, but half want to see it structured so matched employer contributions are mandatory. One quarter prefer the plan as proposed, voluntary for employees and employers.