CARP responds to Generation Squeeze: says more needs to be done to support younger adults, but not at expense to older Canadians - CARP
Join Donate Sign In 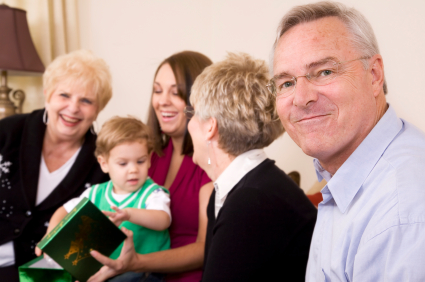 The London region’s medical officer of health is asking his board to be Ontario’s first to back a group accused by Canada’s largest seniors advocate of starting an inter-generational war against the elderly.

Dr. Christopher Mackie will ask the health board to back Generation Squeeze, which claims governments spend large amounts to meet the needs of seniors while neglecting adults under age 45.

He will do so Thursday, convinced those in their 20s and 30s are short-changed in ways that leave them and their kids in poverty.

But his claim is drawing the fury of the Canadian Association of Retired Persons (CARP).

“It’s idiotic,” Susan Eng of CARP said of 30-something Mackie’s request to the Middlesex London health board.

“(Generation Squeeze is) trying to start an inter-generational war.”

The rhetoric comes as a federal election nears, underlined Wednesday when two Conservative cabinet ministers were in London dishing out money, including one to seniors.

Asked if his endorsement of Generation Squeeze makes him a target for CARP, Mackie said he wants more public funds for young adults — but not taken from seniors.

That same point was made by the head of Generation Squeeze, Paul Kershaw, a professor in the school of population and public health at the University of British Columbia.

“We’re not pitting generations against each other,” he said.

CARP shouldn’t attack his group for advocating for younger adults, in the same way CARP does for seniors, he said.

But his comments and group’s website leave a different and disturbing impression, Eng said — she pointed to a claim by Generation Squeeze, repeated by Mackie in his board request, that seniors get wealthy at the expense of younger adults.

“The primary driver of net wealth for Canadians age 50 and over is now the primary source of debt for younger Canadians,” Mackie wrote.

Generation Squeeze paints a picture, she says, in which seniors are fat cats, taking in more than $35,000 a year in government payouts and benefits, while adults under age 45 get less than $12,000.

That’s a hard pitch to swallow when much of the money to seniors is for health care and CPP that seniors contributed to themselves, Eng said, and harder still in Ontario, where the Liberal government has now fully rolled out all-day kindergarten despite the challenge that poses to provincial coffers.

But while Eng objects to claims and tactics of Generation Squeeze, she says she shares many of its beliefs about the stark state for Canadians in their 20s and 30s:

“Should we do more (for young adults)? Yes,” Eng said. “Should we take from seniors to find it? I say no.”

But Mackie and Kershaw say it’s not a case of robbing from the elderly to help the young, that Eng’s fears are unwarranted and there are other ways to direct more money to the young.

For example, Kershaw said, Canadians pay a whopping amount for health care without better outcomes because too much goes to line the pockets of doctors.

Both Mackie and Kershaw agree Canada would get far more benefit by investing in young families than just on bridges and roads.

“We’re spending billions on infrastructure that doesn’t have a big economic multiplier,” Mackie said. “Bricks and mortar are great, but they’re not going to generate economic success in the 21st century. You have to invest in brains.”