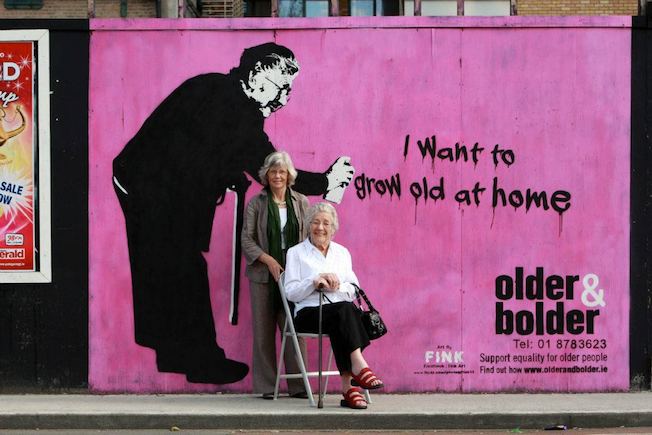 Staying social: Today, only 18% of seniors own smartphones, so mobile app adoption will remain low until Baby Boomers enter the senior pool en masse, pundits predict. However, 46% of seniors who go online use social media, according to Pew Research. To help seniors avoid the commercialization, privacy issues, and related confusion that can plague sites like Facebook, many senior-focused alternatives have popped up. Options include SeniorMaze, designed to connect seniors with others in their age group; AARP Community, which includes discussions on multiple topics of interest to participants; My Boomer Place, that includes games, discussions, and Facebook-like member profiles, and Cool Grandma, designed for seniors and families, with articles, chat areas, and discussion boards. There are even sites where families can create their own social network to connect with grandparents and other relatives, such as eFamily, 23snaps, and Family Crossings.

Telehealth: Modern telehealth systems’ ability to use phones and standard videoconferencing systems to connect patients with doctors, nurse practitioners, and mental health specialists — plus some promising new advances that hint at changes in regulation and payment — could free disabled or ill seniors from traveling to regular checkups. Telehealth promises only to get easier to implement, while making test results easier to understand. For instance, products such as Net Power & Light‘s Spin requires only an iPad and an Internet connection.

The technology behind telehealth enables doctors to monitor patients remotely and share test results in almost real time. However, the personal touch of a face-to-face interaction is lost,” said CEO Tom Engdahl.

“Technology [such as Spin] that enables this face-to-face interaction, plus allows for real-time document collaboration, is going to make the biggest impact in the next few years. Imagine video conferencing with your doctor while using on-screen markups to go over test results; this will be the new face of remote medicine.”

Household staff: Japan is one of the countries whose population is greying the most. By 2050 when the WHO predicts that the 22% of the world’s population will be 60 years old, almost 40% of Japan’s population will be over the age of 65. This inspired Toyota to develop a prototype for a home-helper robot. They have yet to publicly and officially unveil the prototype but they have just shifted the R&D into high gear in view of the late July 2015 and early September 2015 demonstrations that will take place.

Toyota’s Partner Robot Division was founded in 2005 to focus on the development of robots that exist in harmony with people, assisting in their activities and mobility. They view their Partner Robots as helpful, resourceful and intelligent machines. Partner Robot development is progressing in four areas: nursing and healthcare, short-distance personal transport, manufacturing, and home-living.

The Human Support Robot (HSR) is Toyota’s answer to the ever-increasing demand for long-term elder care in societies like Japan. With its highly manoeuvrable, compact, and lightweight cylindrical body and folding arm, the HSR can pick objects up off the floor, retrieve objects from shelves, and perform a variety of other tasks.

In caring for your loved ones, artificial intelligence is not yet a substitute for human attentiveness. In addition to local, on-site operation, the HSR can be operated remotely by family and friends, with the operator’s face and voice being relayed in real-time, allowing for real human interaction while it goes about helping you with your daily tasks. Since it was first announced in 2012, the HSR has undergone a number of improvements based on feedback from patients and healthcare workers.

Most likely, 2016 will not usher in an army of robotic butlers, but seniors (and the rest of us) do already have access to several tools that simplify a number of household chores.

The iRobot family of products includes the Roomba, for vacuuming; the Scooba, for floor scrubbing; the Braava, for mopping; and the Mirra and Looj for outdoor maintenance. On the wearables front, expect to see smartwatches and other mobile devices gain tools that can help seniors. OtoSense, for example, offers apps that translate doorbells, alarms, telephone rings, and other sounds into visual alarms for mobile devices that users can see and feel.

As for self-driving technology, it pretty much already exists! Many of today’s cars have drive assist technology and some of the more expensive cars go beyond that. The Mercedes-Benz S550 Coupe has one of the most advanced suites of semi-autonomous technologies on the market. It has a radar-based system that the automaker calls Distronic Plus with Steering Assist, the car could—on its own—slow and brake as the traffic came to a halt and then sped up again. (The system works up to 120 miles an hour.) If the driver is rambling into another lane, the car’s Active Lane Keeping Assist will pull them back into the lane. If the driver makes an error – say the driver tries to change lanes while a car is barreling along towards the Mercedes in the driver’s blindspot, a feature called Active Blind Spot Assist will beep at the driver to notify them they are about to cause a collision. The car could conceivably be programmed to avoid the collision entirely, it would seem that they wanted to give the driver some degree of independence if he desired it. . The vehicle also has a feature called Attention Assist, which Mercedes says uses 75 parameters to determine if a driver is getting drowsy and alert them with a beep and a message: “Time to break.” At night, a feature called Night View Assist Plus uses infrared cameras to detect animals or pedestrians in the car’s path and warn them—with a flash of its headlamps—that there’s a lovely and expensive but deadly car coming their way.

Perhaps best of all, the car has Active Parking Assist. It will scan the rows of cars along the street for a spot of the right proportions and alerted the driver with a arrow in the instrument cluster when it found one. All the driver has to do is throw the car into reverse, pushed an “OK” button and the car does the rest—no parallel parking abilities required!

The Mercedes is not the only car with self-driving technologies woven into their capabilities. Many of today’s conventional cars have self-driving technologies… Things like lane-departure warning systems, forward-collisions warning systems, and all these side-object detection systems are really rolling out through products for all auto manufacturers. There has been a tremendous technology revolution in the past 10 years. Automakers view this move toward connectivity and automation as really another stage of that kind of technological development.

This is not meant to suggest that the technologies should be used to justify letting people drive when they should not be qualified to drive but if they can help enhance safety, surely that can be put to good use. These innovations will no doubt have some influence on older drivers and in the near future and on the dynamics of staying road ready.

In the ends, all technology that allows people to keep living the way they want to live for as long as possible is welcome and indeed, needed. Every little bit helps and one of the greatest sources of hope is that technology holds yet more secrets that will help us enhance the quality of life of Canadians as they age.