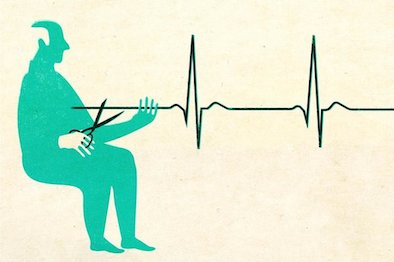 A lot has happened since CARP hosted an ‘Adult Conversation on Medically Assisted Dying’ – a televised forum that aired as a special episode of The Zoomer on Vision TV in October, 2014. The Adult Conversation on Medically Assisted Death addressed the legal and attitudinal changes towards assisted death with facilitated discussions that moved beyond the ‘yes’ or ‘no’ debate while engaging with experts of diverse professional backgrounds.

Since then, the Supreme Court of Canada (SCC) came to a ruling that gave the federal government a year to craft legislation that will guide access to medically assisted death. CARP continues to encourage families to have adult conversations on end of life, as we monitor how the law will change.

On February 6, 2015 the Supreme Court of Canada ruled that the current criminal ban on assisted dying is unconstitutional for those who are grievously and irremediably ill and suffering unbearably. The court gave federal and provincial governments 12 months to craft legislation to respond to the ruling; the ban on doctor assisted suicide stands until February 6, 2016.

In mid-July, the Federal Government made a long-awaited announcement regarding physician-assisted dying. As Justice Minister Peter Mackay had promised, the government convened an expert panel to consult with Canadians on the issue. The recommendations of the consultations will be highlighted in a report submitted to government late Fall 2015.

In the meantime, the panel has been tasked with meeting with the intervenors from the Supreme Court Case (such as the Canadian Medical Association, the Evangelical Fellowship of Canada and Dying With Dignity Canada) and receiving on-line submissions from the public.

Some parties have raised concerns that the panel members may express bias against physician-assisted dying. The highly credentialed three-member panel includes two individuals who were expert witnesses for the Crown in the Carter Case: Dr. Harvey Chochinov and Dr. Catherine Frazee, both of whom argued against the right of Canadians to have access to physician assisted dying.

Dr. Chochinov, the panel chair, is a palliative care physician who has claimed that assisted death is unnecessary and Canada should instead focus on improving palliative care. He wrote about his views in this recent editorial for the National Post.

Dr. Catherine Frazee served as Co-Director of the RBC Ryerson Institute for Disability Studies Research & Education. In an opinion piece for the Halifax Chronicle Herald, Dr. Frazee argued that legalizing assisted dying would put pressure on individuals with disabilities and might result in coercion into choosing an assisted death.

The third and final member of the panel, Mr. Benoît Pelletier, is a University of Ottawa law professor, a constitutional expert, and a former cabinet minister in Jean Charest’s provincial cabinet. Media acknowledges that the three panelists are top tiered academics, but the media also notes the risk of their own personal biases, which may result in the recommendations proposing very restrictive rules that will undermine court’s decision in Carter v. Canada. It is also proposed that this issue requires clear rules that are consensual and compassionate, and instead should be determined by a committee of elected representatives.

Wanda Morris, the CEO of Dying With Dignity Canada shared her concerns with CARP about the composition of the panel.

Putting this group in charge of making recommendations to the government is a bit like putting the pope in charge of distributing birth control.

These are eminently qualified, highly respected individuals. But they have strongly held personal views against the legalization of assisted dying. How can they possibly be an unbiased sounding board who will reliably take the people’s message back to the government?

We are concerned that on this issue, the government of Canada is seeking to undermine the decision of the Supreme Court and is out of step with the views of the 84% of Canadians who support physician assisted dying. We’re hoping Canadians who want compassionate end of life choice will join our campaign and make their views known.

The Canadian Medical Association (CMA) has put together its own framework and is now consulting its members on the obligations and procedures that will be required of physicians in the process. The CMA is presenting its proposal to a council of doctors, which will decide whether to accept the recommendations. The CMA’s proposal includes waiting periods and a national oversight body. Two doctors would have to declare the applicant of sound mind and acting voluntarily. CMA has expressing the following in relation to medical aid in dying framework to CARP members:

The Canadian Medical Association (CMA) welcomes the Government of Canada’s first steps towards legislative action in follow up to the Supreme Court of Canada’s landmark Feb. 6 decision on physician-assisted dying.

Despite their well-established views on these issues, the CMA is confident that the Panel, chaired by renowned Canadian palliative care physician Dr. Harvey Max Chochinov, will undertake a balanced and comprehensive consultation that will build on the efforts already undertaken by the CMA. As an initial step, the CMA encourages the panel to review the findings of its cross-country consultations with the public and members in 2014.

The CMA looks forward to contributing to the report of the panel, including providing a briefing on its most recent consultation and the Principles-based Approach to Assisted Dying in Canada which addresses most of the key issues identified by the Panel.

As the panel proceeds with consultations, CARP encourages members and broader public to submit their feedback to the online consultation portal. The call to action is to ensure that the law on medically assisted death will be representative and sensitive to expressed concerns of ethicists, healthcare providers and the public, and will achieve a balance between the interests of patients seeking to end their lives due to unbearable suffering, while receiving care and support from physicians guided by regulations that respect patient’s needs, and appropriate safeguards for individuals who need protection.