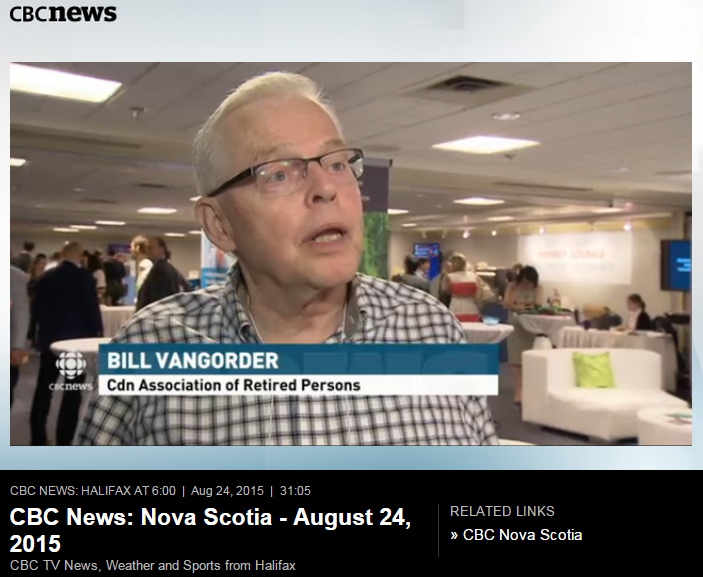 The Canadian Medical Association says Ottawa has to get more involved in health care for senior citizens.

Five hundred doctors from across Canada are in Halifax this week for the group’s national meeting.

On Monday, they called for a national strategy to deal with the unprecedented demographic shift that Canada is facing.

Seniors are the fastest growing segment of the Canadian population and by 2036 one in four Canadians will be over the age of 65.

Dr. Chris Simpson, CMA president, is calling for a coordinated approach to seniors’ health issues from hospital to home care, to support for caregivers.

“What we need is strong political leadership from the federal level,” he said.

Simpson says Nova Scotia with the highest proportion of seniors and a declining population is particularly vulnerable.

Bill VanGorder, with the Canadian Association of Retired Persons, agrees with Simpson.

“Not enough is being done on the federal level,” he said. “There are no national supports for better senior care.”

“That is going to reduce the federal share to below 20 per cent of the cost, which is quite a come-down to when it was 50 per cent when medicare was created,” Simpson said.

Nova Scotia Health Minister Leo Glavine was also at Monday’s meeting. He and the other Atlantic health ministers want to revisit the federal government’s unilateral changes to health care funding.

“Really taking that look again at the latest health accord and what a disservice it actually does to Atlantic Canada,” he said.

On Tuesday, the conference will deal with one of the most pivotal issues facing the medical profession — doctor-assisted death.