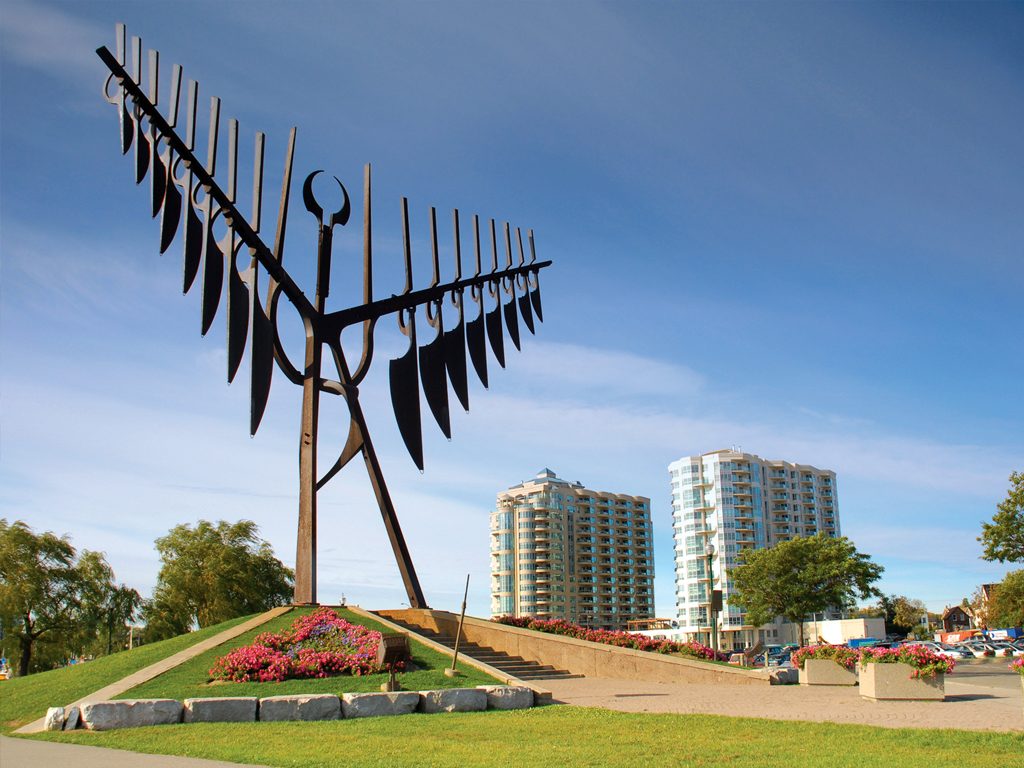 Seniors pensions are not covering the rising costs of living in the Barrie area and it is a growing concern for Molly Malcolm.

“Barrie charges the sixth-highest rent in Canada, so what do you do? You would be very lucky to rent somewhere for $1,000 a month,” said Malcolm, 82.

Malcolm is a member of Barrie area Canadian Association of Retired Persons (CARP) and hears firsthand from local seniors who struggle to get by.

Along with the mounting cost of housing, taxes and hydro, seniors have the added burden of paying for medication. Some seniors cut out essentials to survive, Malcolm said.

“All the costs are going up, but we’re lucky if we get $2 extra a month raise. So costs have to go. Some people, it has to be food, while some, it’s medications,” she said.

The Barrie area needs federal MPs who will “reduce the red tape” to ensure affordable, senior-friendly housing alternatives are put in place quickly, she said.

Malcolm supports the creation of co-housing: a group of seniors buy a home together and share expenses, including a caretaker.

“That gives me the most control of my life and it involves me with other people, which is terribly important,” Malcolm said.

Barrie’s plan for second suites has struck a chord with Conservative Barrie-Innisfil candidate John Brassard. He wants to grow the inventory of second suites, a motion he supported as a Barrie councillor.

“It means that seniors can, if they choose, have a second suite in their homes to make it more affordable by having family members or others share in the cost of homeownership.  It’s an option that will work for some, but not all,” he said.

On home sharing, Faerber said “You rent out a room or rooms in your house or live at someone else’s and share common areas. Whatever the arrangement, it’s a way to significantly shave living expenses, have companionship and perhaps feel safer.”

None of the other local candidates offered a specific housing alternative but some spoke of ways to keep seniors in their homes longer.

“I have heard from many seniors first-hand throughout my months of door knocking that they wish to stay in their homes as long as possible,” said Alex Nuttall, the Conservative candidate for Barrie-Springwater-Oro-Medonte.

The Harper government has introduced measures to reduce the financial burden of living at home including the home accessibility tax credit and income splitting for seniors, he said.

And a Conservative government will add a tax credit for single seniors and widows of $2,000 per year, Nuttall added.

“Public home care will fill in the considerable service gaps unmet by private insurance plans, while alleviating the need for placement in nursing homes or for unnecessarily holding seniors in hospital beds,” she said.

“We recognize that there are more than 200,000 seniors living in poverty in our prosperous country and that is not acceptable,” she said.

Brian Tamblyn, the Liberal candidate in Barrie-Springwater-Oro-Medonte, said his party would spend $20 billion over 10 years on social housing if it formed the government.

“We will prioritize significant new investment in affordable housing to focus on seniors’ facilities,” he said.

This would be “far less costly than building more seniors homes,” he said.

“If seniors incomes could be raised it would be a big help,” Malcolm said.

Four candidates would like the OAS eligibility age to remain at 65. They are Liberal candidates, Tamblyn and Colin Wilson, who is running in Barrie-Innisfil, and NDP candidates White and Myrna Clark, who also seeks the Barrie-Innisfil seat.

“We’ll boost the Guaranteed Income Supplement and expand the CPP and Quebec pension plans to lift more seniors out of poverty,” Clark said.

Marty Lancaster, Green Party candidate in Barrie-Springwater-Oro-Medonte, would support revoking mandatory retirement. He said CPP and other pension plans should become more flexible to allow people to gradually work less while accessing some of their pension.

“We would work toward increasing the amount of CPP benefits people receive based on their contributions,” Lancaster added.