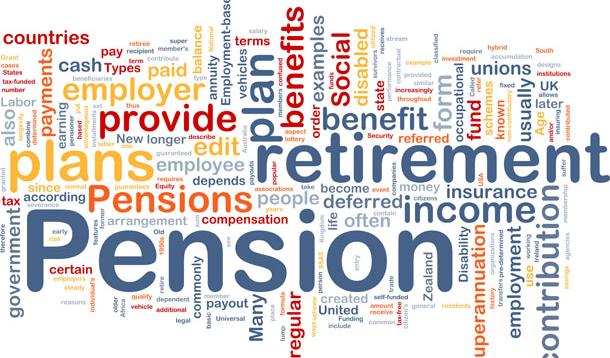 The Federal Government took an important step forward on retirement security this spring when Finance Minister Joe Oliver announced a public consultation on modifying the CPP to allow for additional, voluntary contributions by individual Canadians. CARP welcomes the opportunity to advise the Federal Government on how to enhance the CPP in order to improve the retirement security of all working Canadians.

Adding a voluntary layer to the CPP will not solve the problem of retirement savings inadequacy. The core goal of a national pension plan should be to prevent poverty in old age. Canada’s pension system, including the Canada Pension Plan (CPP) and Old Age Security, has gradually reduced rates of poverty in old age over several decades. However, 600,000 Canadians over 65 still live in poverty. Many more straddle the low-income threshold and struggle with financial insecurity in retirement.[i] A modest, mandatory increase to the CPP would substantially help to further prevent poverty in old age. Canadians need a public retirement savings vehicle with the following features, all of which are fundamental components of the CPP:

Canadians are currently not saving enough voluntarily for their own retirement. If nothing is done to provide a robust and safe way to plan and save for retirement, many Canadians will be financially unprepared and may experience significant drops in their quality of life in retirement.[ii]

CARP recommends that the Federal Government reconsider the voluntary contribution option within the CPP and instead work with provincial governments to implement a modest enhancement of the CPP with mandatory contributions by employees and employers.

Enhancing the CPP and making contributions mandatory for employees and employers are the most efficient ways for the federal government to help Canadians save for retirement. The CPP is a world leading pension plan with all the components in place to produce predictable income in retirement.

Studies have shown that people will not adequately save for their own future and retirement if the prevailing options for doing so are voluntary.[i] Most people will choose the “path of least resistance”, which means that in cases of voluntary savings options, most people will simply not save. There is little reason to believe that adding a voluntary layer to the CPP will significantly improve personal retirement savings rates.

The 2008 recession took a heavy toll on retirement savings, but even before the recession, Canadians were not saving enough voluntarily. The average Canadian family will require roughly $500,000 to $1,000,000 to retire securely, depending on pre-retirement income, retirement needs, and age of retirement.[ii] The Canadian median RRSP value in 2005 was only $30,000, far short of even the lower range of expected savings needs.[iii] Many Canadians are not saving sufficiently for retirement, and there is little reason to believe that another voluntary savings option will address the savings gap.

The federal, territorial and provincial finance ministers acknowledged after their meeting in June 2010 that Canadians were not saving enough for retirement and that government had a role to play. A two-part plan was proposed: 1. another private savings option, 2. a commitment to a modest CPP enhancement.

The Federal Government acted on the first part of that plan when it introduced Pooled Registered Pension Plans (PRPPs). However, private, voluntary savings options have not historically provided Canadians with the required retirement savings. It’s unlikely that another voluntary option will help substantially, even if that voluntary option is made available through the CPP. Saving for retirement individually has also become more difficult over time as access to workplace pension plans has eroded.

There is a growing consensus that private, voluntary savings options are not the answer to the pension crisis.[vii] Voluntary savings options, such as RRSPs and PRPPs, fall short of the core goal to provide a universally accessible and affordable retirement savings vehicle that would help to provide an adequate retirement income for all working Canadians. Another voluntary option is not the answer.

A majority of CARP members are already retired and therefore especially well-positioned to understand the implications of inadequate savings in retirement. Their support for mandatory CPP enhancement is a product of witnessing over decades the important role CPP has played in helping to prevent old age poverty.

CARP members are now concerned about the financial well-being of their children and grandchildren. They see mandatory increases to the CPP as the best way to help working Canadians save for retirement, and strongly support such increases.

Now Is the Time to Act

Private, voluntary options for savings have proven inadequate to the task of helping Canadians secure finances in retirement. Canadians are under saving for retirement and have few robust, safe, and predictable ways to save. Federal and provincial governments must act now to address the urgent need to provide Canadians an enhanced CPP that includes mandatory employee and employer contributions.

[i] Choi, James J. et al., Saving for Retirement on the Path of Least Resistance, Tax Policy and the Economy 2001.