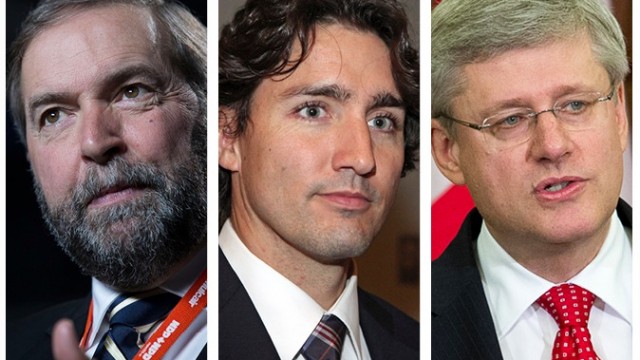 Older Canadians have long been among Canada’s most committed voters. Elections Canada estimates that, on average, 75.1% of all citizens between 65 and 74 cast a ballot in 2011’s general federal election. Nearly 60.3% of all citizens over 75 turned out to vote as well, boasting a turnout rate much higher than that of younger adults. Older voters make up a powerful decision-making bloc, especially as the population continues to age. Nearly 25% of the Canadian population is over the age of 55. Their votes and voices matter, and federal party leaders have taken notice.

In recent weeks, all three federal parties have come out with promises aimed directly at older Canadians and in response to CARP advocacy. On the morning of September 14, Liberal leader Justin Trudeau came to CARP’s headquarters to speak at a town hall meeting on many of CARP’s central issues. A video of the event is available here.

Trudeau spoke to and answered pointed questions from nearly one hundred CARP members in attendance. The discussion covered a wide variety of topics, from strategies for sustainable retirement to plans for improved home care. Most notably, Trudeau introduced a basket of promises to reduce poverty in old age, responding directly to many of CARP’s longstanding advocacy issues. His announcement included seven platform items:

Both the CARP staff and members present at the meeting welcomed Trudeau’s promise to comprehensively tackle old age poverty if elected.

But Trudeau isn’t the only federal candidate for Prime Minister to address CARP issues on the campaign trail. One day prior to Trudeau’s announcement, NDP leader Thomas Mulcair spoke to a crowd of supporters in Vancouver about his plans to commit $1.8 billion to expanding health care for seniors. The funding, which Mulcair says would be distributed between the provinces over the course of four years, would expand home care for 41,000 seniors, create 5,000 more nursing beds, and improve access to end-of-life care, resources, and support.

CARP welcomed Mulcair’s announcement, which also responds directly to CARP’s calls for more and better access to home and community care. “CARP members will welcome the NDP promise of comprehensive funding to make the home care promise a reality. A federal role in setting standards backed up with sustained funding is critical,” said Susan Eng, Executive Vice President of CARP.

The following day, during a campaign stop in rural Cranbrook, B.C., Mulcair went a step further, announcing a $40 million strategy to improve care for Alzheimer’s and dementia patients. The funding would go toward screening for the conditions to encourage early diagnosis and preventive treatment, as well as easing families’ access to care for their afflicted loved ones.

The NDP’s strategy on Alzheimer’s and dementia is in line with CARP’s recommendations for a comprehensive strategy on dementia. CARP has called for a paradigm shift in the way dementia is treated in Canada, and we’re pleased to see a federal party paying attention to this advocacy issue.

This promise was not the first the NDP has made regarding CARP’s central issues. Earlier in the campaign, on August 24, Mulcair announced his intent to introduce a $400 million increase to the GIS program if elected. In the press conference accompanying the announcement, Mulcair responded directly to many concerns raised by CARP, emphasizing that this measure would aid impoverished seniors. Eng welcomed this promise as well, saying, “A $400-million increase in GIS and returning the OAS eligibility age back to 65 will bring real relief for the very poorest seniors and will go a long way to lifting every Canadian senior out of poverty.”

Finally, during a campaign stop in North Vancouver on Tuesday, Stephen Harper announced a $2,000 Single Seniors Tax Credit, which, according to the Conservative Party, would help nearly 1.6 million seniors who have pension income. Single and widowed seniors can claim the new credit in addition to the existing $2,000 pension income tax credit, says the party, to save as much as $600 per year on their taxes. While the measure would only assist some seniors – namely those with pension income – it serves to bring to single seniors similar tax relief available to married seniors who currently have access to pension splitting.

Prior to the official beginning of the election campaigns, Harper also introduced a number of measures in response to CARP’s calls advocacy, including increasing TFSA contribution limits to $10,500 per year, reducing RRIF rates to help prevent people from outliving their savings, and expanding caregiver leave for people who have to take time off to care for loved ones. CARP welcomes these policy changes, as well as the promised Single Seniors’ Tax Credit, and we look forward to hearing more about the Conservatives’ strategy for improving the status of seniors and retirees should they form government again.

Although the parties’ strategies on seniors may differ, one thing is clear: they understand that the support and confidence of seniors is critical to their success. This campaign has seen each of Canada’s major parties respond directly to CARP’s non-partisan advocacy and our calls for meaningful reform. As October 19 approaches, remember to check CARP’s website for regular updates on how each party’s plans affect you.