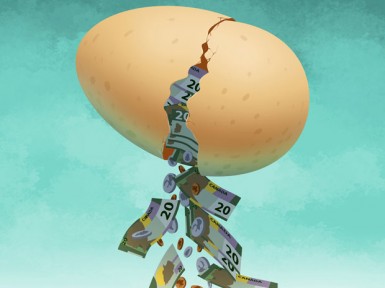 CARP has long called for an expanded pension system, and consistently advocates for the creation of a supplementary Universal Pension Plan (UPP) with universal enrollment, which would function similarly to the CPP and allow Canadians to safely save for retirement through a large, national plan. Independent of government or single employers, CARP’s UPP model would focus entirely on optimal performance, granting Canadians a portable, secure tool with target benefits to better plan for retirement.

CPP enhancement is also a central piece of CARP’s advocacy to help people save and prepare for a financially secure retirement. In this election campaign, all major parties have come out with a position on CPP enhancement.

To see where the parties line up on other CARP issues, click here to read our campaign platform comparison chart.

Finance Minister Joe Oliver announced in May that the government would begin consultations on expanding the CPP to allow for voluntary individual contributions. If a plan is proposed and approved, Canadians who opt to pay higher CPP premiums will, in turn, receive higher payments in retirement. Harper’s administration has long opposed CPP expansion, arguing that higher premiums are little more than “payroll taxes” which reduce take-home pay and limit job growth. While CARP advocates for mandatory CPP enhancement, with contributions being shared equally between employee and employer, as is now the case with the CPP, this announcement represents a notable sea change in the party’s position on the CPP.

Party leader Justin Trudeau has promised to meet with provincial leaders within three months of election to discuss how best to gradually enhance the CPP. He has also pledged to include workers, employers, and retiree advocacy groups in the consultation process. The party has not specified what form the expansion will take, or to what extent benefits will be increased, preferring to develop a plan through consultations and in conjunction with provincial governments.

Party leader Thomas Mulcair has pledged that that the NDP will convene a first ministers’ meeting within six months of taking office in order to develop a plan for CPP and QPP expansion. The party has also promised to include business and labour leaders in the consultation process. The party has not determined what specific changes will be made, emphasizing that the input of provincial and community leaders will be instrumental in developing a plan for expansion.

Party leader Elizabeth May announced a commitment to expand the CPP and QPP as part of a comprehensive seniors’ strategy. Components of the strategy include implementation of a Guaranteed Livable Income to supplement pensions, a doubling of yearly maximum pensionable earnings (YMPE), and a gradual increase in the maximum CPP benefit to 40% of YMPE.