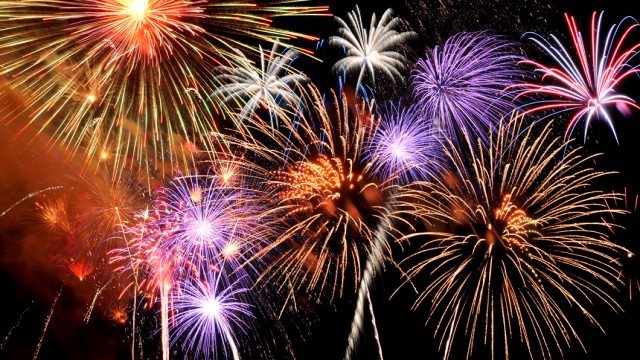 What a whirlwind of a year! CARP has been busy, as many of you will have seen if you read the Annual Report we published in early November 2015.   Just over a month later, there are already several new developments to report and before we bid 2015 adieu we wanted to provide our readers with quick overview of recent events.

CARP is often called upon to provide social commentary on all things connected to ageism.  The demographic shift and the growing influence of  organizations like CARP are re-shaping how older people are seen and portrayed.

Nowhere is this phenomenon more evident than on television and in advertising.   The Christmas season always sees us subjected to tidal waves of advertising and this year it seems that the admen are riding that wave with sad seniors.  The trend towards  heartstrings-plucking Christmas commercials is placing an emphasis on lonely older people this year. While social isolation is a serious issue that carries huge health risks, it is unfortunate when a worthwhile cause gets attention for all the wrong reasons.  Wrong reasons would include the exploitation of something sad and serious for the purpose of lining the rather large pockets of a major corporation.

Last week, CARP VP of Advocacy Susan Eng spoke to the Globe and Mail about this new trend, “does the contribution to the social discourse outweigh the blatant commercialism of the message?” and it is an important question… Should we be satisfied with the mere fact of increased visibility for older persons when advertisers are merely exploiting a sad trope for profit?   A notable exception in this list was the ad for British retailer John Lewis who partnered up with Charity Age International and used its campaign to encourage audiences to reach out to older people in their lives and donate to the charity. A portion of the proceeds from the sale of certain items also went to the Age International.

December 14th, 2015, the crown ruled that no criminal charges would be laid in the Isle Verte Quebec blaze that took place two years ago.

The tragic late-night fire that claimed 32 lives and injured 15 others took place almost two years ago in L’Isle Verte, Quebec. The Coroner’s report showed that the fire could have been prevented if the nursing home had been equipped with sprinklers and had properly implemented and executed fire safety training. The report supported CARP’s call for action recommending that all care homes in Quebec be equipped with sprinklers and to end the grandfathering of pre-regulation homes. See our retrofit campaign update for Quebec and other jurisdictions here. And kudos to Prince Edward Island, where all nursing homes and facilities have been retrofitted with sprinkler systems and are inspected annually as part of their licence renewals. More information on the ruling as well as well as the many initiatives CARP pursued are available here.

While CARP is resolutely non-partisan, it must be said that the election of a new federal government will have a large impact on CARP’s issue set. We have reviewed the mandate letters the new Prime Minister, Justin Trudeau, has sent to each of his ministers – and it should be noted that it is refreshingly transparent and accountable of the federal government to make these public.

Between Justin Trudeau’s campaign stop at CARP HQ, CARP’s presence at the Throne Speech and Susan Eng’s propensity to be asked for frequent interviews, we dare to hope that CARP members find out first.  It is therefore possible and even likely that you are already familiar with the new government’s major CARP-pleasing promises and initiatives… Here we speak of CPP Expansion, new Healthcare Accords, the reversal of  the OAS age eligibility threshold…

But what about all the smaller issues that are less prominent but important nevertheless? No doubt there will be plenty and there are too many to name here but since we like to end the year on a high note we thought to make mention of a few more positive policies we can expect to see on the lesgislative agenda in 2016.

CARP members will be pleased to see the return of the mandatory long-form census so essential to Canada’s economic and social development. Other instructions in the Prime Minister’s mandate letters also respond directly to many of CARP’s recent concerns:

In other news, CARP congratulated Christine Elliott, former Deputy Leader of Ontario’s Progressive Conservative Party and MPP for Oshawa-Whitby on her appointment as the province’s Patient Ombudsman. In her new role, she will oversee hospitals, community care access centres (CCACs) and long-term care homes to ensure that the health care system continues to be patient-centred. Ms. Elliott has long been a champion for consistently high standards of care and a valuable partner in helping to make the voices of older Ontarians heard.  Hopefully this bodes well for Ontario whose Auditor General released a report in early December.  She examined fourteen different publicly funded programs to determine whether or not the provincial government is its serving citizens properly.   She discovered that Ontario’s home care system was failing its clients and she found that many older Ontarians are unable to access home care services in anything approaching a timely manner.  For more information on this report, click here to listen to CARP Director of Policy Michael Nicin as he discussed the findings with Dale Goldhawk on Goldhawk Fights Back.

And finally, CARP continued to work to eradicate a false and damaging allegation that refugees receive better benefits than aging Canadians.  The fact that this story will not die despite the fact that CARP’s research has disproved it time after time is disconcerting but the Toronto Star recently reported on the urban legend and we can only hope their reach and distribution helps to make the truth of the matter more widely understood.   You can find the whole story here.