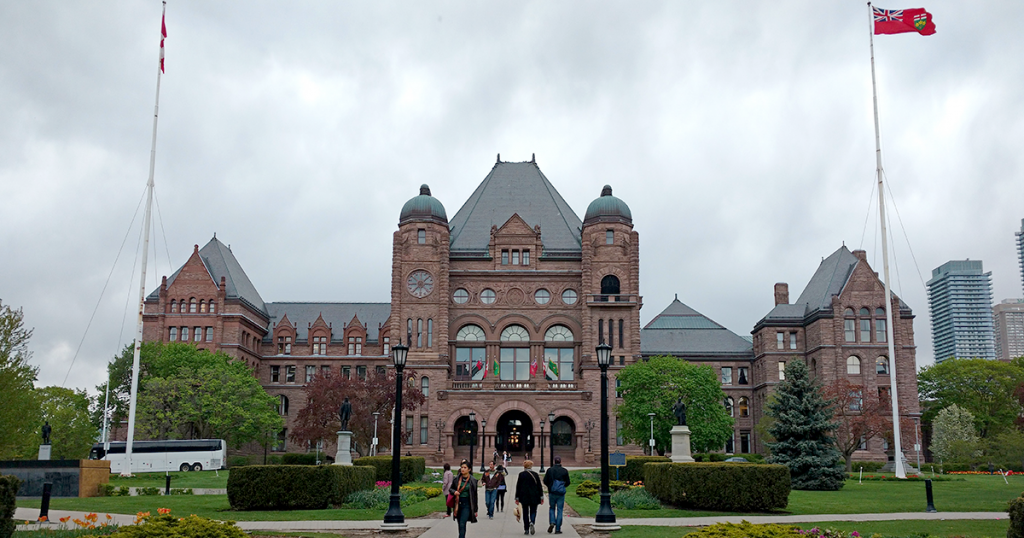 Ontario is charging ahead with a major expansion of retirement benefits while the rest of the country takes at least a year to make up its mind.

The province last week appointed Saad Rafi, one of Premier Kathleen Wynne’s most trusted civil servants, as CEO of the Ontario Retirement Pension Plan, the surest sign yet that Queen’s Park is on track to launch the program at the start of 2017.

Federal Finance Minister Bill Morneau, meanwhile, has laid out a 12-month process for studying an enhancement of the Canada Pension Plan. Ottawa and the provinces will make a final decision on CPP in December of this year. If they decide on an enhancement, it could take a few more years after that to kick in.

And ironically, some pension advocates now argue, Ontario’s decision to go it alone rather than waiting for the rest of the country to come to a decision could actually make a CPP enhancement harder.

But the ORPP was a key election promise for Ms. Wynne’s Liberals in 2014, and she doesn’t want to wait any longer on the key legacy project.

“We want to ensure that we deliver on our commitment to enhance retirement security for Ontarians. We are moving forward,” associate finance minister Mitzie Hunter, the cabinet minister overseeing the file, said in an interview. “Two-thirds of workers don’t have a workplace pension plan. The ORPP is giving them an opportunity to have that retirement income.”

The ORPP will apply to people who do not already have a comparable workplace pension. It will be funded by contributions from workers, matched by their employers. For someone earning $45,000 annually, the ORPP would return $6,410 a year in retirement if paid into for an entire working life; for someone earning $90,000 or more, that figure would be $12,815.

The pension plan will be administered at arm’s length from the government and run by civil service veteran Mr. Rafi. Formerly the top bureaucrat in the province’s massive health ministry, he most recently handled the high-profile assignment of steering the Pan American Games in Toronto last summer. Between salary and bonuses, he will be eligible for up to $656,250 in annual pay in his new job.

While Ontario leaps off the diving board, the rest of the provinces are huddled nervously by the shallow end, tentatively dipping their toes in the water.

Prime Minister Justin Trudeau pledged to pursue CPP enhancement in his winning campaign last year, and Mr. Morneau is now trying to reach a consensus with the provinces. Any expansion of CPP must be agreed to by Ottawa and at least seven provinces representing two-thirds of the country’s population.

Mr. Morneau’s spokesman said he is “absolutely committed to ‎moving forward on enhancing the CPP,” but he does not have a preconceived notion of exactly what the enhancement will look like – whether similar to the ORPP or something else.

“Every province and territory brings its own perspective and unique situation to the table, and this will all be part of the discussion as we work collaboratively towards enhancing the CPP and ensuring retirement security for all Canadians,” Daniel Lauzon wrote in an e-mail.

While the other key provinces are all leaving the door open to CPP expansion, some have crucial caveats.

Quebec Finance Minister Carlos Leitao said after a meeting last month with his provincial counterparts and Mr. Morneau that any potential expansion should be narrowly targeted at middle-income earners. The wealthy, he argued, have enough money for retirement, while low-income people have access to social programs. British Columbia, for its part, wants to hold off on CPP expansion until the economy improves, B.C. finance ministry spokesman Brennan Clarke wrote in an e-mail. Alberta is more gung-ho: “The government strongly believes that all Albertans deserve to have income security when they retire and one of the best ways to deliver that security is through responsible phased-in enhancements to the Canadian pension plan,” said Leah Holoiday, spokeswoman for Finance Minister Joe Ceci.

One factor in the decision might be the persuasiveness of the country’s business lobby, which is staunchly against expansion. The Canadian Federation of Independent Business says surveys of its members show 50 per cent would cut back wages and benefits if forced to contribute more to CPP, while 20 per cent say they would have to cut staff.

“The only politicians that believe CPP expansion is a good idea … are those that think Canadians are too dumb to save more for their own retirement. It’s basically forcing them to take some of their money today and some of their employers’ money … and put it into CPP,” CFIB president Daniel Kelly said in an interview from Halifax Friday, where he was making his case to the Nova Scotia government.

A Conference Board of Canada cost-benefit analysis commissioned by the Ontario government last year calculated that the ORPP will result in lower GDP growth until 2036, and higher growth after that. This is because, in its early years, ORPP will take in more money than it pays out; once its investments start to pay off and the fund gives retirees more than its taking in, this will pump money into the economy.

In the event of CPP expansion, Ms. Wynne has promised to roll the ORPP into the CPP.

Such a move might be more easily said than done. Other provinces, for instance, might not agree to a CPP enhancement as broad or as large as the ORPP. The ORPP requires contributions of 1.9 per cent on salary between $3,500 and $90,000 per year, but the other provinces might only agree to CPP enhancement of 1 per cent to salary between $25,000 to $70,000 per year, for instance.

Susan Eng, executive vice-president of the Canadian Association of Retired Persons and an advocate for CPP enhancement, says the ORPP made sense when Stephen Harper was prime minister and had blocked CPP expansion. But now that the federal government is in favour of it, she argues Ontario should hold off on its own plan.

“Ontario might be the problem rather than being the leader.”

For one, she contends it is duplicative to create an entire parallel administrative structure for ORPP, starting with Mr. Rafi, when it might eventually be folded into CPP anyway. What’s more, she fears the difficulty of integrating ORPP with CPP could ultimately nix a CPP enhancement altogether. “This might pre-empt what happens with the CPP. … Ontario might be the problem rather than being the leader,” she said.

One finance industry source, who spoke on condition of anonymity, said it would be theoretically possible to integrate a larger ORPP with a smaller CPP – for instance, by having Ontario workers pay more into CPP than workers in other provinces and receive richer benefits in retirement – but such a system would be messy to administer.

Neither Ms. Hunter nor finance officials had a clear answer on how this would work. “It is premature to speculate on the details of what a possible enhancement to the CPP would look like. Ontario’s position is that a CPP enhancement should provide adequacy and coverage consistent with what is offered under ORPP,” spokesman Christian Bode wrote in an e-mail.

Such concerns are unlikely to stop Ontario. Ms. Hunter argued that, given CPP enhancement is not yet a sure thing, the province must move forward on its own.

“It’s a process that will take time,” she said. “In the meantime, we want to make sure we meet the requirements that we see for Ontarians.”