Elder Abuse: How Widespread is the Problem? - CARP
Join Donate Sign In 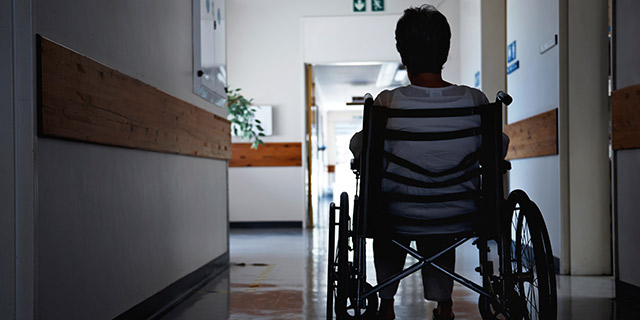 Seniors from all walks of life – across gender, culture and socio-economic status – are vulnerable to elder abuse. Elder abuse occurs when a person in a relationship of trust to a senior engages in an action that results in distress or harm to that person. CARP members are concerned with the prevalence of elder abuse and the need for better protection for vulnerable seniors.

Financial Abuse a Financial abuse occurs when a person engages in actions that decrease the financial worth of a senior without a benefit to that person. This can include fraud, theft, coercion, threats, and pressure.

Psychological Abuse a Psychological abuse occurs when a person engages in actions that decreased a senior’s sense of self-worth and dignity. This can include social isolation, harassment, intimidation and insults.

Physical Abuse a Physical abuse occurs when a person takes actions that injures or risks injuring a senior. This can include hitting, shaking, shoving, pushing, over-medicating, and inappropriate physical or chemical restraints.

Sexual Abuse a Sexual abuse occurs when a person engages in unwanted touching, behaviour or remarks of a sexual nature toward a senior. This includes the inappropriate taking of intimate photos.

Spiritual Abuse a Spiritual abuse occurs when those in authority take action that leads to the erosion or breakdown of one’s cultural or religious belief systems. This is of particular concern to Aboriginal Seniors.

Neglect a Neglect occurs when inaction results in harm to a senior. It can involve the failure to provide assistance with basic necessities, medical care, clothing, food or water, or shelter.

Just how widespread is elder abuse across Canadian society?

Some studies suggest that 8-10% of seniors experience elder abuse (approximately 750,000 seniors in Canada), but this is not at all clear. Elder abuse is one of the most underreported crimes in Canada. One study estimates that only 20% of incidents of elder abuse ever come to the attention of a person who can be of assistance. There are several reasons for this, including:

Elder abuse is a terrible crime perpetuated against Canada’s most vulnerable citizens. When elder abuse occurs, it is likely to be repeated – in fact in 80% of cases it is not a single incident.

It is grossly underreported and CARP believes the real figures may be much higher than 8-10%. A survey of nurses in the 90’s demonstrated than 20% of participants witnessed abuse of seniors in hospitals, long-term care facilities and other care settings directly. These rates are simply unacceptable and more needs to be done to ensure Canadians are protected from abuse as they age.

As a first step, CARP is asking all provinces to implement the following:

Currently, only some provinces require mandatory reporting. This is a shame that allows elder abuse to continue unnoticed in some cases. This should be rectified immediately and all persons should be required by statute to report when abuse is suspected.

Elder abuse can be difficult to spot and, in some cases, a senior will be very reluctant to report abuse when asked by a police officer. Specially trained police officers, who can recognize signs of elder abuse and are trained to establish a rapport with seniors, will increase the likelihood a senior will come forward and report elder abuse.

CARP is currently revising its elder abuse policy and will continue to advocate for the elimination of elder abuse.