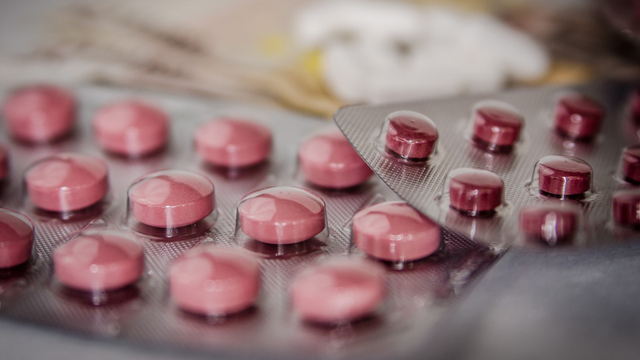 When it comes to pharmaceuticals, CARP members are super users, but not everyone is taking them as prescribed. In a poll of CARP members earlier this year, 90% indicated they take at least one medication.

Many take more. The individuals who answered yes to the above question take an average of four medications each, with some taking more than ten as shown in the following graph:

Not everyone is taking their medications as prescribed. In the last two years 18% of CARP members polled have not taken at least one prescription.

Those who didn’t fill the prescription were concerned about side effects, drug cost or had a discretionary prescription. Other reasons for not filling prescriptions included using an alternative over-the-counter medication, declining to use a medication that wasn’t covered by a plan or deciding that the medication was no longer required.

Regardless of the number of medications individuals take, there was extremely high support for consistent drug coverage across all of Canada. 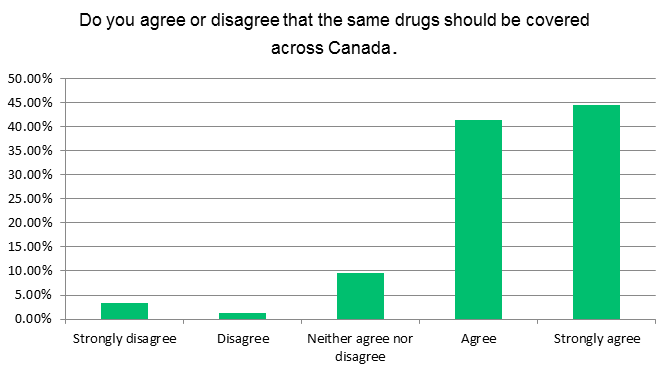 Discussions about the high costs of drugs in Canada have led some people to advocate for a national pharmacare plan. A recent research study by St. Michael’s Hospital in Toronto looked at the effect of a very basic plan that covered only a list of 117 “essential” drugs. Their study found that this coverage would cost $1.23 billion per year, but would save Canadians $4.27 billion per year.

We asked our members whether they would support an essential pharmacare program, such as the one tested at the University of Toronto which provided free access to 117 essential drugs.  Of CARP members polled 64% supported or strongly supported this approach. 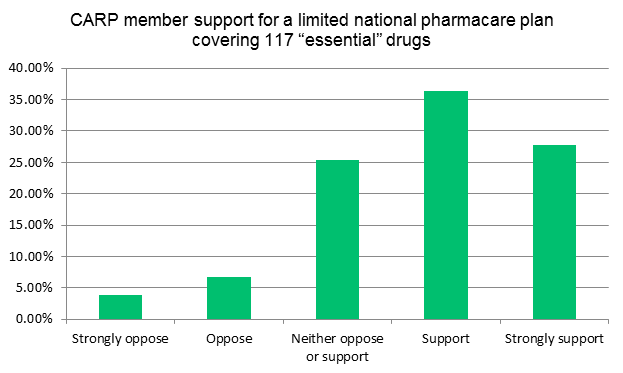 As part of the survey, we also asked CARP members about whether doctors should be required to disclose gifts from pharmaceutical companies. 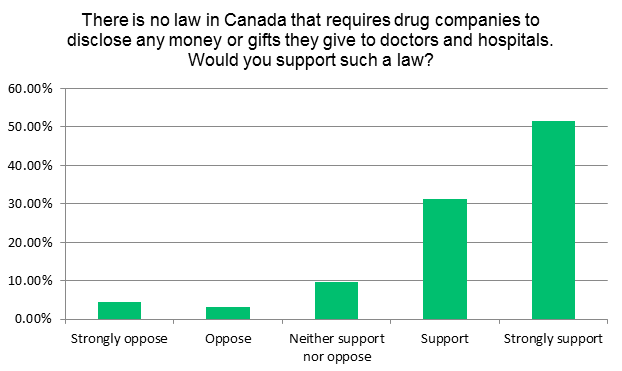 But other potential roles for pharmacists were supported by fewer than 50% of CARP members polled: