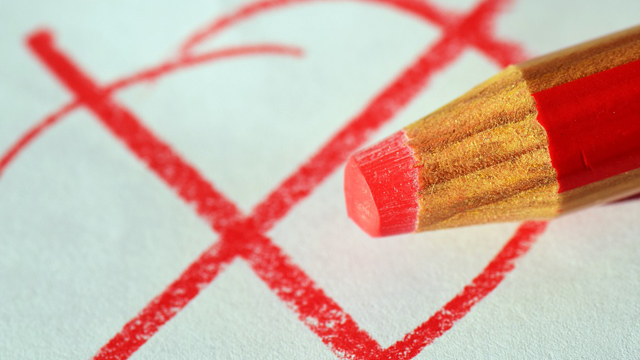 Have you ever held a belief for a long time — then realized it was untrue?

After years holding mistaken beliefs, I’ve learned exercise does little to shed weight (although it does promote health). And that IQ tests aren’t a reliable measure of intelligence, as results are heavily influenced by the test taker’s culture.

Changing a belief can be disorienting for an individual. But it appears even more so for a profession.

Decades ago, ulcers were treated with bed rest and bland diets. In 1982, Australian physicians Robin Warren and Barry Marshall found ulcers were caused by the Helicobacter pylori (H. pylori) bacterium, not stress or diet.

The medical profession was slow to catch on. Fifteen years after the discovery of H. pylori, the U.S. Centers for Disease Control and Prevention launched a sweeping campaign to educate professionals and consumers alike, prompted by a U.S. study that revealed nearly 90 per cent of sufferers blamed ulcers on stress or worry, and 60 per cent believed diet was also a factor.

Authorities, it seems, fail to act on proven information, and not just when it comes to our health.

Take probate fees, for instance. Most provinces levy probate fees that far exceed the cost of probating an estate — despite repeated examples of probate fees leading to elder abuse.

A probate fee is paid by an individual’s estate to validate the will and the named executor, giving the executor the clear authority to act. Each province sets its own fees, and they vary considerably.

In Alberta, an estate with $1 million of assets pays a probate fee of $525, in Quebec the fee is less than $100. In B.C., Saskatchewan and Ontario, the probate fee (called an estate administration tax in Ontario) for a million-dollar estate ranges from $10,000 to almost $15,000. If Alberta and Quebec can probate any will for $525 or less, then B.C., Saskatchewan and Ontario are using probate fees as a tax — a tax that is unwarranted and, in some cases, leads to extreme hardship.

In the grand scheme of things, an amount such as $15,000 on a $1-million estate is pretty small potatoes. What’s more, a lawyer can structure an estate to avoid or minimize probate fees, so these fees are primarily paid by those who are not properly advised.

By seeking to avoid probate fees, some individuals lose everything.

Typically, they’ve been encouraged to turn their private bank or investment accounts into joint accounts (usually with an adult child), exposing themselves to needless risk.

A joint account, whether used for banking or investment, is held in two or more names, and every person named has complete access to the assets in that account.

Creating joint accounts has led to unintended financial losses for the original owner of the assets.

Sometimes financial losses arise due to a misunderstanding. Even though they were added to facilitate a transfer of funds when their parent dies, adult children may believe the funds are theirs to spend. And they do.

Other times, losses are caused by divorce or business failure. If an adult child named to a joint account suffers a marriage breakdown or business loss, the assets of the parent may be included in the divorce settlement or as part of the security for the bank loan.

And in some cases, the adult child deliberately abuses the parent’s trust and clears out the joint account, leaving their parent in dire financial straits.

There is a clear lesson here: don’t create a joint account simply to avoid probate fees. Even at their highest, these fees are a small percentage of an estate. It’s not worth jeopardizing your security to save a few dollars. If your estate is large enough that probate fees are a concern, see a lawyer who can help you safely minimize them.

Awareness and education about the risks of joint accounts are important, but they are not enough.

The solution? Limit probate fees to the small fixed amounts actually necessary to probate an estate. It’s well past time for all our provincial and territorial governments to follow the lead set by Alberta. It’s time for high probate fees and the related elder abuse to disappear.