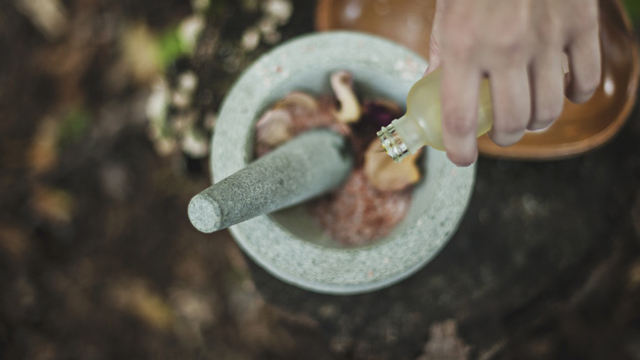 Many of us hear references to the snake oil salesmen of old and smile indulgently at how gullible people used to be. Unfortunately, we’re still exposed to snake oil, or a modern version of it, and too many of us are buying it.

One particular example is the acceptance of some questionable homeopathy practices. Some homeopathic supplements are manufactured using a process called homeopathic dilution: an active ingredient is repeatedly diluted in alcohol or distilled water. Dilution typically continues well past the point where no molecules of the original substance remain.

While it isn’t illegal to sell infinitesimal portions of an active ingredient as a cure for what ails us, the ethics of some companies has drawn scrutiny. In 2015, the federal government promised to crack down on false claims made for homeopathic products, but it’s now 2018 and these products and their claims are still on retail store shelves. What’s more, these products are labelled as “homeopathic medicines.” That’s like describing Cheetos and popcorn twists as health foods.

If you show me

Then I will change my mind …

I will run through the streets yelling

It’s a miracle! take physics and bin it!

It somehow forgets all the poo it’s had in it!

But why do people continue to buy these products if they are nothing more than sugar pills? It’s down to the well-documented phenomenon known as the placebo effect.

Placebos are treatments (medications, injections or surgeries) that provide no medical benefit, yet may still improve the condition of the patient. In some cases, placebos work because we perceive our condition has improved. For example, asthma patients given a placebo reported an improvement in their conditions, even though objective measurements showed no changes.

In other cases, placebos have actually brought about physiological changes; for example, placebos administered to Parkinson’s patients have been shown to release dopamine (a chemical that often leads to a pleasurable sensation) in the brain, and individuals thinking they were drinking a caffeinated coffee had an increase in dopamine in the part of their brain called the thalamus.

Not all placebos are created equal. Studies show that placebo effects tend to be stronger among those who expect them to work. Evidence also shows that bigger pills produce a stronger placebo effect than smaller ones, and that coloured pills tend to work better than white ones. Cost matters, too. A new term, “pricebo,” has been coined to reflect that the more a treatment costs, the higher its placebo effect tends to be.

So if placebos can improve our health, or make us feel better even when our health doesn’t improve, where’s the harm?

First, there’s harm to our pocket books. When companies sell questionable homeopathic products, they are taking our hard-earned cash for a product with no medicinal or therapeutic value. They’re not just taking a small chunk. According to Transparency Market Research, annual global sales of homeopathic products amounted to US$386 million in 2015.

There’s also danger to our health. If we rely on a placebo instead of availing ourselves of the best available evidence-based medicine, we can end up much sicker as a result. For example, if we forgo a flu shot and tell ourselves we can instead take an unproven supplement if flu symptoms occur, we could end up in the hospital with pneumonia.

That’s why it’s critical to take the time to question product claims and do some research.

Finally, there’s a better alternative. Recent research shows that, even if a patient knows they are taking a placebo, the placebo can still be more effective than doing nothing. So let’s proclaim chocolate as a medicine. If we’re paying for sugar with no medicinal value, it may as well taste great!